You've had enough. You want to curse him out, douse his clothes in gasoline, and torch his car in a hot, burning inferno of hellish fire! Looks like you've just found out that your man has cheated on you. But before you go all Angela Basset à la Waiting to Exhale, you've got to make a final decision. Stay or go?

You may have family and friends encouraging you to "leave his cheating butt!" But on the other hand, you may not want to drop the love of your life - you want to give him another chance. It may help you to take a look at the following reasons why these female public figures decided to work on their relationships, despite the infidelity.

1. It Was Just a Mistake 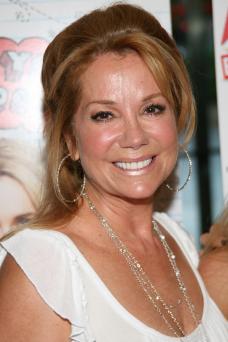 Kathie Lee Gifford may have been all smiles as America's sweetheart on Live With Regis and Kathie Lee, but behind the brave face, she was battling troubles in her marriage with her late husband Frank Gifford.

In '97, after almost a decade of tying the knot, Frank was caught having a salacious affair with a married, 46-year-old flight attendant. The Giffords vehemently denied the allegations as "total fabrication," according to People, but video stills of the rendezvous surfaced and the couple could no longer dodge the truth. Juicy, huh?

In 2000, Kathie Lee told Larry King that she decided to stay with her husband because the affair was an anomaly. She wasn't going to throw her marriage away for an isolated faux pas. "Should he be defined by one stupid mistake?" Kathie asked. "I don't think so."

How She Dealt With It

Kathie Lee told Larry King that, on top of forgiving her husband after seeing how remorseful he was, they both visited a trusted counselor each week to help smooth out the kinks of their marriage.

Wendy Walsh Ph.D, a relationship expert and author of The 30-Day Love Detox, would support the Gifford's move to repair their marriage with therapy. In Women's Health, Walsh noted that if both the betrayed lover and the wayward significant other are willing to put the work in, a mediator can help the couple to rekindle both the passion and spark.

2. I Give Him Hall Passes

Academy Award-winning actress Mo'Nique caused a firestorm on the web after she revealed that she gives her husband, Sidney Hicks, hall passes to cheat.

Why does she do it?

Well, according to an interview with True Exclusives, Mo'Nique said that the woman her man wants to sleep with may be offering some sexual favors she may not be willing to do. If that's the case, Mo'Nique said she couldn't deprive her husband of getting what he needs. "If sex happens with another person, that's not a deal breaker for us" she told The New York Times.

Mo'Nique justifies her open marriage by stating that honesty and communication - even if it means blurting out your desire to bone someone else - is the key to a successful union.

Relationship experts Dr. Pepper Schwartz and Michael Castleman chimed in on their thoughts about hall passes. Dr. Schwartz said that extramarital affairs happen, but building a relationship on inviting third parities into a marriage is a terrible idea. Castleman, on the other hand, grasped Mo'Nique's point: Why have a monogamous relationship, which fosters secret, clandestine affairs, when you can be open and honest by allowing a hall pass every now and then?

3. I Had Rose-Colored Glasses On 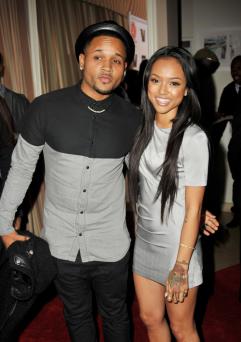 Despite Chris Brown's licentious affairs as a world-famous talent, Karrueche Tran couldn't let go for four years. Tran revealed, during an interview with Iyanla Vanzant last March, that she knew that Brown was keeping in touch his superstar ex-girlfriend Rihanna, but didn't suspect anything was going on. She "didn't want to believe it."

But on Christmas day in 2012, while Tran was staying at Brown's Los Angeles condo, Brown said that he had to go somewhere. Hours later, there were pictures splashed all over the internet of Brown and Rihanna cozying up at a basketball game. Yikes!

At that point, Tran had no choice but to face the truth - Brown was being a slippery snake behind her back.

How She Dealt With It

Tran did end up staying with Brown, even after the whole Rihanna debacle, but last year, she was fed up after she discovered Brown had a 21-month-old child with another woman while they were together. She had had enough.

Yearning to detach herself from the Brown drama and rebrand her image, Tran has started healing by moving away from her former musician boyfriend and focusing on her acting career. According to International Business Times, she wants the public to see her as a business-oriented woman. She notes that it's not an easy transition, but she's determined to transform from being a tabloid topic to a TV star.

The Muse would co-sign with Tran's decision to focus on her career goals. In a piece titled 5 Ways to Reclaim Your Life After a Break Up, Molly Ford suggests redirecting one's energies into planning one's path to achievement. Afterall, success is the best kind of revenge!

4. I Stayed for the Kids 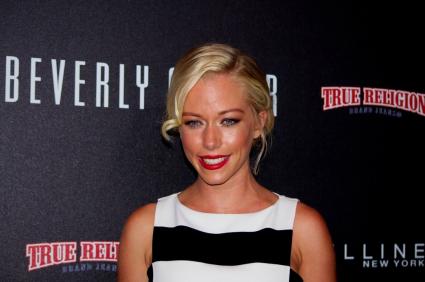 In April 2014, former football player Hank Baskett snuck out on ex-Playmate Kendra Wilkinson, while she was 8 months pregnant with her second child, for a lurid tryst with transsexual model Sabrina London.

Despite being devastated by the affair and even contemplating suicide, she decided to stick it out with Baskett. According to InTouch Weekly, Wilkinson said that she didn't want her kids to suffer a broken home. "I want my two kids raised with both parents in their lives" she said.

Wilkinson thanks her stint on Marriage Bootcamp for being partially responsible for her reconciliation with Baskett. On the reality show, she says she learned to alter her perception of the true meaning of forgiveness. At one point, she believed forgiving meant "giving in" and submitting one's self to the other person. But according to Kendra, she now understands that forgiveness is about unity.

Wilkinson claims she's now "very happy," according to US Weekly.

In working with couples for nearly 30 years, Michele Weiner-Davis concluded that seeking quality therapists to resolve relationship rifts is the best option. When parents call it quits, Weiner-Davis says, the children suffer. They are ping-ponged from house to house, must deal with stepparents who may not have their best interests, and suffer financial setbacks due to the split.

5. My Faith Helped Me to Stay

Tina Campbell, one-half of the Mary Mary gospel duo, was enraged when she found out that her husband, Teddy Campbell, had an extramarital affair in 2013. What's even worse is that the woman her husband cheated on was someone she trusted - the woman was "like a godmother" to Tina Campbell's kids.

Tina didn't take the news lightly. She destroyed three cars and even plotted murders. Yes, you read correctly - murders. Tina was, as you can imagine, livid.

In the end, however, Tina decided to stay by Teddy's side and renew her vows. She told C Nikky that while she does blame her husband for shaking up the marriage, she also takes full responsibility for her own actions that jeopardized the relationship as well, including being controlling and not paying her husband enough attention.

Her ability to forgive, according to the Christian Post, is credited to her Christian faith.

Tina turned to her spirituality and Bible for practical advice on how to mend her marriage with Teddy. "I was doing some crazy stuff that was going to land me behind bars!" she told C Nikky, but her faith helped guide her to the right path.

Most importantly, Tina thanked her "praying family" for supporting her through Teddy's infidelity.

According to Paul Amato, professor of sociology at Penn State, strong religious views are one of the main deterrents of divorce, along with economical dependence and children.

Whether you choose to ride it out or jump ship, betrayed lovers should learn to let go of the pent-up feelings that overwhelm them after an affair comes to light. According to Dr. Anne Goshen, there are three steps to handling the aftermath when a spouse has been unfaithful and rebuilding trust.

Whatever a couple decides, no matter what people outside of the relationship may say, it's important to understand that those in the relationship know more about what's best for the situation than anyone else.

0
Comments
© 2006-2021 LoveToKnow, Corp., except where otherwise noted. All Rights Reserved.
5 Reasons Couples Stay Together After Infidelity