Courting rituals are designed to bring two people closer to marriage. Looking at the customs from various cultures and different eras can provide fascinating insight into what brings two people together to make a family.

The Inconsistent Path to Commitment

The history of courtship is filled with a melange of rituals and negotiations designed to appropriately bring two people into the most intimate relationship possible. These steps are especially necessary in cultures that have separated gender roles, because it's the only way that there can be extensive interaction with a potential partner. It's usually not about the individuals, though, and love, if it happens, is usually expected to grow after the two have been married.

Courtship is defined as the act of wooing and getting to know someone who you intend to marry. Courtship is an older term with an end game of marriage versus dating which may be seen as a more casual act and not necessarily ending with a commitment. Courtship may include romance, traditional gestures based on cultural influences, and specific gender norms defined by the culture or religion of the couple.

An Example of Arranged Courtship in Indonesia

One example of this is in some Muslim communities in Indonesia. A politician named Hidayat Nurwahid was introduced through a mutual friend to a divorcee, Diana Abbas Thalid, with the hope that the two would make a good match. They met exactly three more times over the next three weeks before announcing their engagement. Diana is quoted as saying "Maybe we'll get to know each other better when we're married."

Courtship in the Igbo Tribe

In many countries, before a couple can begin to consider marriage they have to go through intense negotiations between families. The first step toward marriage in the Igbo tribes is for a young man to ask his own parents for permission to pursue a woman's hand. This starts off a long series of background checks into her character and her family, as well as negotiating bride-price and other financial considerations. The couple might meet a few times under the close supervision of family members, but as a cultural researcher Dr. Basden writes, "The word 'love' according to the European interpretation is not found in the Igbo vocabulary." This is because "love" as they define it seems superficial, and the connection between partners in the Igbo tribe is said to be much deeper and long lasting.

When marriages aren't arranged, there may still be some rules in place set forth by societal traditions pertaining to courtship. Courtship can be thought of as the dance couples do prior to marriage.

In many areas in China, you would only agree to date someone who you'd consider marrying. You may be introduced to potential candidates in a group setting beforehand. There may also be strict behavioral rules according to your gender, such as the male should pay for the date, and the female shouldn't offer to pay. Doing so goes against the traditional courting traditions. PDA is also pretty uncommon in many areas in China as it is seen as a very serious, intimate, and private behavior.

In traditional dating in Russia, men and women tend to have very specific gender roles and rules. This includes wanting to get married young, and men taking the lead when it comes to initiating dates. Men may also act very politely on dates and take extra care to try to impress the woman he is courting. Men may also bring gifts or an odd number of flowers to their date as a kind gesture. Dating attire also tends to be quite formal as well.

Courting in The Phillipines

Traditional courting in the Phillipines begins with a man attempting to sweep a woman off of her feet once she agrees to let him court her. This includes, singing, bringing gifts, and finally getting the approval of her family. If he is successful, they can become a couple and make their way towards marriage. Modern courting still emphasizes the man's pursuit of person he is interested in. Family approval also remains a strong factor in the courting process.

Many of the courtship rituals from cultures were simply created to let the other person, their family, and the community know of your intention to marry. The ways of doing this have changed over time and can be initiated by both women and men in some countries. 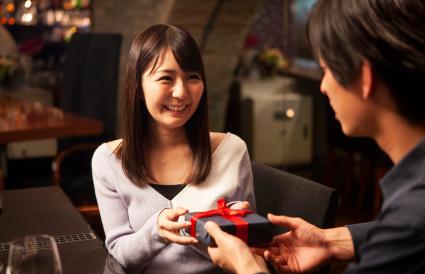 A Tradition in Decline?

Sociologist Daniel Cere has noted that courting traditions all over the world are being replaced by the practice of dating. At the same time, many women question the materialism and objectification that seems to be implicit in courting customs ranging from engagement rings to who pays for dinner. On the other hand, some conservative groups hope for a return of the rituals, and books like The Rules set out the new guidelines that many women expect from their suitors.

Regardless of the controversy, in the end it comes down to two people finding ways to show how much they want to make a commitment to each other. The best courtship ritual is the one that ends in a successful and happy marriage.