Marriage proposals can be tricky. You want to do something unique and memorable, but you also want to make sure it's not so complicated that that you end up stuck atop a mountain, in need of rescue by helicopter (true story, as you'll see). Of course, while we want our own marriage proposals to be perfect, we can't help finding it a little funny to hear about those that didn't go so well. Generous people throughout the world have been willing to share their embarrassing memories with the rest of us. Let's try not to laugh at them too hard.

Convincing someone to marry you involves convincing that person they couldn't live without you. One Russian man decided to take that idea a little too far.

Alexey Bykov took romance to a pretty morbid place when he hired a director, stunt crew, screenwriter, and makeup artists to make it look as though he had died in a car accident. He told his girlfriend to meet him at a special place, but when she got there, she found his mangled, bloody body on the ground, seemingly dead. She broke down into tears, because of course she did, right before Bykov sprang to life and popped the question.

Yes, a proposal is supposed to be a rollercoaster of emotions, but there has to be a sane limit, right?

Not something you want your girlfriend to say if you ask her to marry you. In this case, though, it was completely justified. A young man decided to proposed to his girlfriend in what may be the least romantic way possible. Setting up a hidden camera in his car, he took her to the McDonald's drive-thru, ordering a chicken sandwich. When he got the food, he asked his girlfriend to open the box for him. Inside, was his sandwich. Stuck in the bun of the sandwich, an engagement ring. No, there is not yet a name for whatever bizarre mental condition he is clearly suffering from.

His girlfriend didn't say yes. Didn't say much, actually, which didn't stop him from putting the ring on her finger anyway. Eventually, the reality of what happened set in, and she burst into tears. She was, apparently, not lovin' it.

Despite her rejection, the two decided to get engaged later on. Luckily, this terrible moment is preserved on video for all of us to enjoy. Check it out, but be warned: it is NSFW. There is some profanity. Because of course there is. 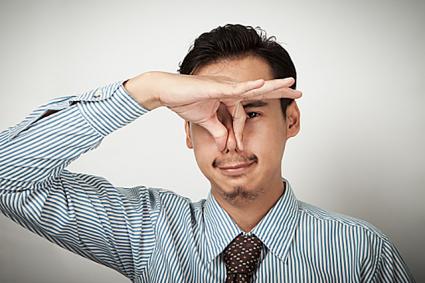 Reddit user somethingwickednc's parents didn't have the most romantic start to their engagement.

As he explains, when his dad bought the ring, he hid it in a stick of deodorant, and told his future wife she needed to use it.

She didn't agree with him. What followed was an argument about why she didn't think she needed to put on deodorant. As it turns out, when you're planning on proposing marriage, it doesn't help to get the ball rolling by suggesting that your significant other smells bad.

When you say you would climb any mountain for your love, it shouldn't be literal. This young man apparently didn't get the memo. In order to propose to his girlfriend, he decided to try to climb up a 600-foot tall rock in Morro Bay, CA, intending to propose to her via Facetime. Already, it seems like a weird decision. Unfortunately, he got stuck 80 feet up and had to be rescued by helicopter. Adding insult to injury, he was held accountable for the cost of the rescue when police found out he was high on methamphetamines at the time.

On the other hand, his girlfriend apparently accepted the proposal. Not that anyone can blame her. She must have realized she was clearly dating a lunatic, and if this was what he was willing to do just to propose, he probably wouldn't handle rejection like a sane person.

Taking your girlfriend for a flight in a two-person plane is romantic. Convincing her she's going to die, not so much.

Apparently, one pilot disagrees. While up in the air, he told his girlfriend that the controls were malfunctioning on the plane, and they were going to crash. He instructed her to help by asking her to follow a procedure in an emergency manual he had onboard. As she read, she later admitted, she was sure she would die. The manual turned out to be an elaborate proposal, though, one which she accepted.

Some might think of this as romantic, but it is actually a pretty frightening indication of where this relationship could go in the future. If they have kids, will he announce their baby said its first word by pretending it died?

Another Redditor willing to tell of his friend's embarrassment shares a story that seems scientifically designed to make everyone who hears it cringe. You've been warned.

According to him, his friend proposed in front of all his other friends, already setting the stage for potential humiliation. He didn't help himself by calling the poor woman by his ex's name. 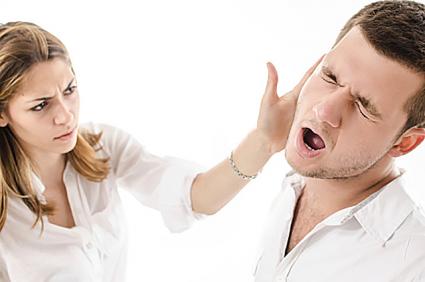 Witnessing a public proposal can be magical. It can also be terrible. It depends on how classy the proposal is.

Take, for example, this story, from Reddit user kemikiao, who saw a man propose to a woman in a jewelry store. At first, things started out great. The woman was extremely excited, accepting with joy and enthusiasm. Then, the man handed the ring back to the store employee. He explained he didn't have money to buy one yet, so he borrowed the ring from the employee to propose right.

The woman responded by slapping him across the face. Hard.

It really should have been the perfect proposal: A beautiful sunny day, a gorgeous diamond ring, a perfect ocean view.... The man even shelled out the extra cash to have a plane fly overhead, with the proposal displayed up in the sky for all to see. He made sure to get it all on video too, so this wonderful moment would never be forgotten.

Well, maybe he regrets that now. Without spoiling what happens (you have to watch to see for yourself), just know that if you're going to propose near the ocean, you better be very sure you've got a tight grip on the ring.

9. Terrorists Get Married Too

Being creative when asking your girlfriend to marry you isn't always the best idea. Just because something is unique that doesn't mean it isn't horrifying.

Take this proposal, for example. A Russian police officer figured the best way to propose to his girlfriend was to make her think she was going to be killed by terrorists. He had a few of his colleagues dress up in ski masks and ambush her in the car, pointing guns at her and the driver and demanding they get out of the vehicle. The terrified woman was forced to face the hood of the car at gunpoint, while one of these lunatics headed to the trunk, opening it up to reveal a collection of festive balloons, as well as an engagement ring.

Apparently, the woman accepted the proposal, because when someone has a gun pointed at you, you do not turn them down. The officer's superiors, however, were not so pleased. Faking a terror attack is never a good idea, even for love. 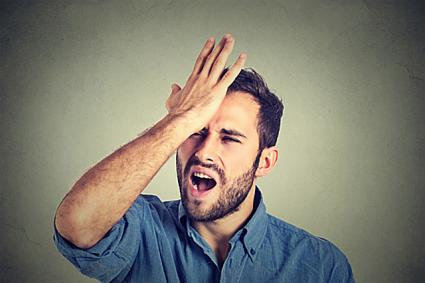 Walt Disney World is an extremely popular spot for marriage proposals, and the staff will typically go out of their way to make the moment perfect. However, it helps when the proposal happens somewhere sensible, like in front of a castle. According to Reddit user UCMCoyote, for one not-so-bright gentleman, that wasn't dramatic enough.

No, he decided the best place to propose would be on the Splash Mountain ride. More specifically, right at the top, before the ride sends guests plunging down a steep drop into water.

If you're already imagining the worst, don't worry, because that's exactly what happened. He dropped the ring, proving not all Disney proposals are magic.