You found him, the guy you are over the moon about--but does he share the same feelings about you too? Before you pour your heart out and wear your emotions completely on your sleeve, find out if he is reciprocating all of the signs you are giving him. You might have to get inside his head to figure out what's in his heart.

It's one of those subtle changes, but it's a big one. If your boo starts viewing you as a collective unit rather than individuals, he sees you as his partner and it means you are his lady! When you're in a serious relationship, you'll find that your partner will include you in his decision making process more often than not. (Or at least, he should.) On the off chance that he can't stop/won't stop playing Counter Strike for hours on end, you will at least notice that he doesn't seem to mind when you interrupt him to show him something you saw on Instagram or to have a quick chat. Basically, if he uses a royal "we" to describe your future plans, consider him invested for the long-run.

2. He Puts the Quality Into Quality Time 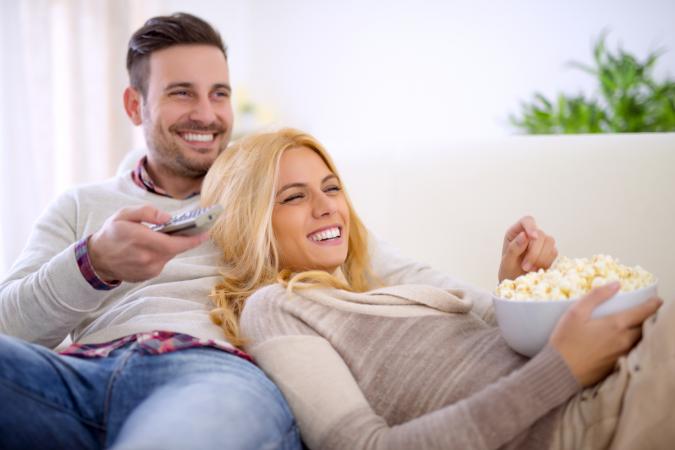 So you actually managed to pull him away from his work, model building, and video game marathons; great! But examine his attitude. Is he a bitter critter, or does he stash the phone and hang out sans pouting? If he's on-board for a long-term commitment, he's probably realized that you're not going to stick around for long if he doesn't put that phone down and watch a Nicolas Sparks movie with you once in a while. Besides, what's the point of playing Pokemon Go when you have a real life catch staring at you from across the dinner table?

3. He Surprises You With Some Tulips 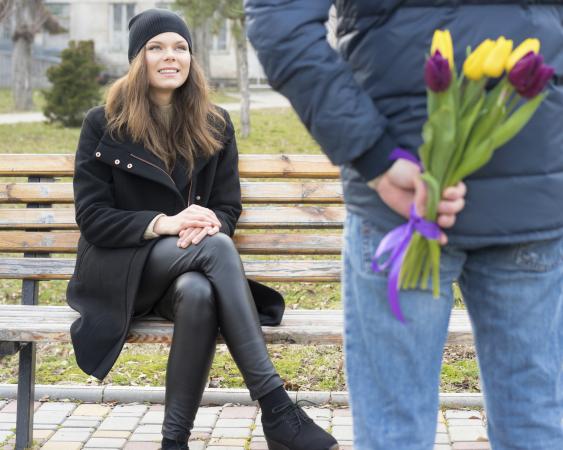 When it comes to shopping, there are the things we have to spend our money on (toilet paper, boo) and the things we truly want to spend our hard-earned cash on (new shoes, yay!) If he's just that into you, you might notice that your partner starts splurging on items in the latter category, as a way to make you happy. Sure, picking up milk when you're out is nice, but picking you up the Coach bag he's seen you eye every time you go out to the mall? That's an entirely different level of devotion.

This can also boil down to more trivial things too. If you really love flowers, does he go out of his way to get some now and then? When he starts observing wants beyond the needs, it means he's keying into your more intimate needs, which is really more important than any material item. It shows that his wants are to make you happy, and that he wants to be the person that makes you smile.

4. He's Always on Your Team

It's never fun to get your feelings hurt by someone else's thoughtless words or actions. But, it's even worse when your significant other speaks those words. Granted, everyone has moments when they've spoken harshly and later regretted it, but if your partner deliberately goes out of his way to put you down, he's definitely not in the relationship for the long haul.

The same goes with his reaction to others' mean comments or behavior towards you, especially if the offender is one of his friends or family members. Say, his sister harshly criticizes you out of the blue. What's his response? Is he quick to jump to your defense? If he stands up to "his people" for your sake, that means he's choosing your side in this situation over theirs without interrupting or underminding you. That's a big deal. 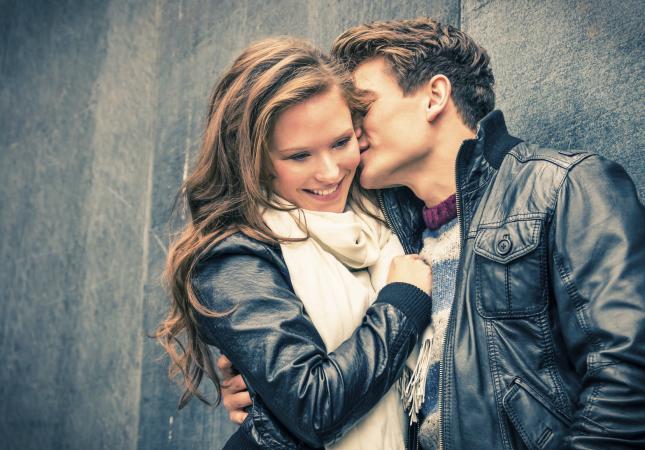 We all have our little secrets that we don't openly discuss (maybe it's that teddy bear you keep on your bed that was given to you as a child). Regardless, you don't want this information to become breaking news in your inner circle, and neither does he.

Do you know all of his little quirks? Does he discuss some memories that aren't his favorite to talk about? Then, that's a positive sign. Sharing information like this shows intimacy; you're trusting him with something you hold dear. You don't just blurt these things out to anyone, right? If he's talking about this type of information with you, he's showing he's willing to be open and vulnerable with you, a person he trusts. Just don't go blabbing about his inability to not cry during My Sister's Keeper.

OK, the past equivalent to this was the "leaving the toothbrush in their apartment" situation. Nowadays, technology is king and has caused this notion to evolve a little more. Syncing electronics together is a big step, as you're handing over some details that they wouldn't have access to without your permission.

For instance, syncing both of your phones to the same car. New cars allow you to sync multiple devices to them to listen to music, get phone contacts, etc. You wouldn't hand that information over willingly unless you have an incredibly strong bond with someone. If he's syncing his phone to your gadgets; he's syncing himself to you too (awwww). 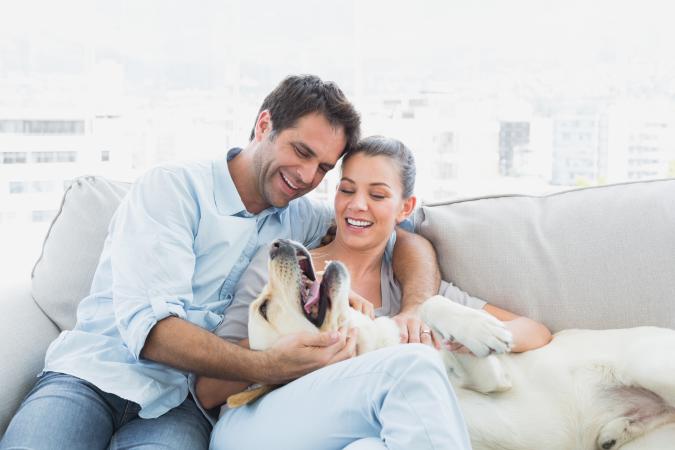 Parenting is a huge responsibility, whether it's a child or an animal. If you are co-parenting with someone, it means you are sharing that responsibility. Say you both love Australian Shepherds, and you decide to get one together. This dog now belongs to both of you equally--there's more skin in the game for lack of better words. This pup is a child for both of you. It's like that eighth-grade science experiment where you had to work with your assigned baby daddy to keep that robot child from crying.

Caring for a pet also creates a bond between both of you individually with the pet. Both sides would feel sad walking away from that pet if push came to shove, so a commitment is forged on top of these feelings. A pet can live a relatively decent lifespan too, so (hopefully) this purchase was thought out. It's basically like eighth-grade health class on steroids.

Finding the right partner could also feel like discovering your best friend--and it should! Do you both look forward to snuggling under the sheets together? Some of the best conversations can happen there because there aren't as many distractions.

Of course, there are nights when you fall asleep before you even hit the pillow, but most nights should have a little chatter (and giggling). When he's committed, he enjoys this time rather than nervously coming up with ways to bail out. This is the time of day that really showcases your commitment to each other and to spending night after night together for the rest of your lives.

The Labors of Love

Sure, many of these signs might seem like small potatoes, but in the grand scheme of things, they form the bigger picture. When he takes the time to care about you and your emotions; you know you're the one he wants to be with.