Is there a secret to a happy relationship? Communication. Respect. Support. Compromise. We can agree all of these are mandatory. But there are other ways to improve your relationship. Sure, some of these things might sound odd, but scientific data backs it all up.

You should head to the bedroom if you want a happier marriage. And no, not for some elaborate hanky-panky. We know not getting enough sleep affects our wellbeing. Anyone who has spent even one night tossing and turning will vouch for that. But it can impact the state of your marriage. Florida State University conducted a study of 68 newlywed couples over seven days. And according to their findings, published in the Journal of Family Psychology, when we get enough sleep, we are more satisfied with our partners the next day. That is all the reason you need to ignore that snooze button. 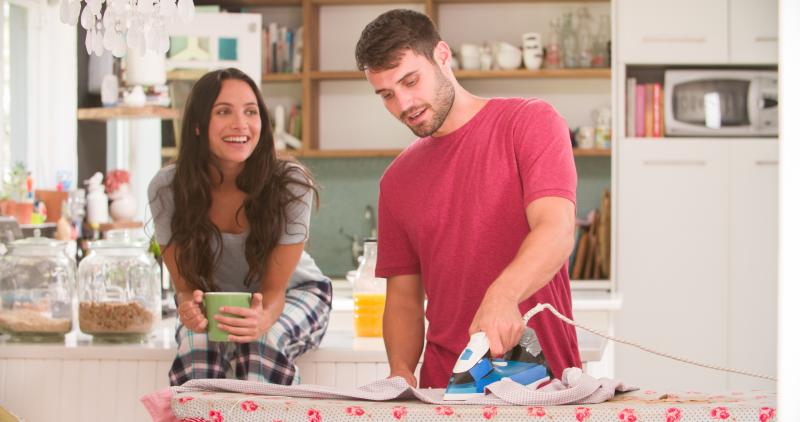 Looking to spice things up in the bedroom? Contrary to popular opinion the secret to a more active sex life is not sexy lingerie or a romantic getaway. It's shared housework. Who knew, right? Research published in the Journal of Marriage and Family states that couples who equally share chores have more sex (on average 6.8 times per month. Yeah, someone needs to explain the 0.8 to us too). Better yet, if you ignore the gender lines when you share the housework, your sexual activity should increase. At least now you have a legitimate excuse to expect your partner to iron his own clothes. You might get stuck with unblocking the toilet, but anything is better than ironing. 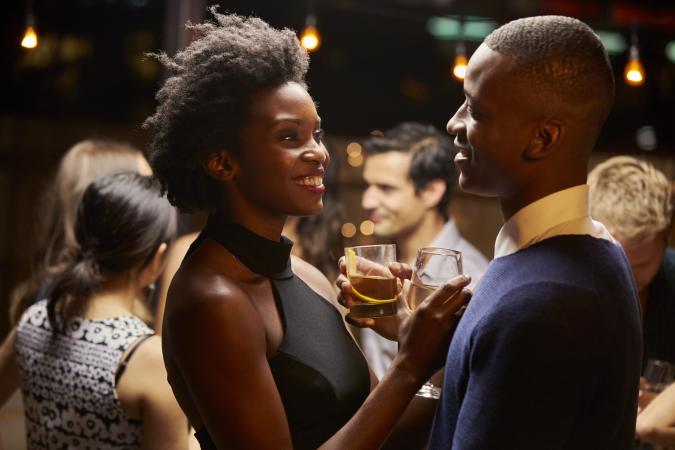 We will preface this by saying - you should always drink responsibility. But alcohol can make for a happier relationship. Now hold on, don't open that wine bottle just yet. Data published in The Journals of Gerontology: Series B and based on the survey of 4,864 married participants suggests that couples older than 50 who share the same drinking habits are more satisfied with their relationships. The key word here is "share." Yes, drinking can make you happier. But this is not an excuse to get your drink on every night. If you abstain from alcohol, it will have the same effect as long as you do it together. 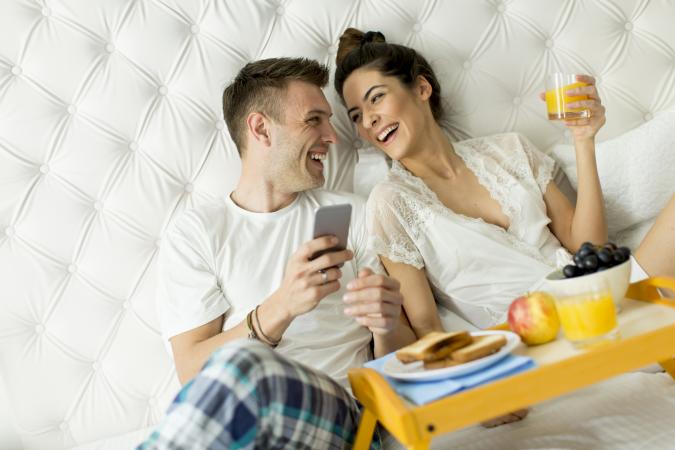 Feeling bad about that muffin top? Don't. Turns out, it might be a sign you are happy in your marriage. A study conducted by Research on the National Center for Biotechnology Information followed 169 newly married couples for four years. During that time, people who were in a happy relationship gained weight. Researchers posited that once we are coupled up, we no longer fret about our appearance so much (as there is no need to attract a new mate). So check out your partner's tummy - if they put on some weight too, it must be true love.

If there is one thing Oprah taught us over the years, it is that gratitude is important. But instead of scribbling a list of things you are grateful for, you should say thank you to your spouse. Research conducted by the University of Georgia on 468 individuals and published in the journal Personal Relationship states that spousal gratitude is the best predictor of marital quality. It encourages positive marital outcomes which can further strengthen your marriage.

Social media can be a huge time suck. And now there is scientific evidence it can make you miserable too. A study conducted by the University of Manitoba showed that people were less satisfied with their own relationships after being exposed to positive Facebook posts by a fictional couple. Sure, it can be difficult to switch it off altogether. How else are you going to keep track of what the Kardashians are up to? But we need to remember - people curate their own social media feeds, and what we see is not the whole picture. So for the sake of your sanity, limit your time on social media.

The Happily Ever After

Are scientists onto something? A lot of it makes sense - saying thank you to your partner is never a bad thing. And we are all for sharing chores around the house. But a simple truth remains: each relationship is unique. No matter what science says, there is no magical fix; we need to put in the work for our happily ever after.