When it comes to addressing your relationship problems, you need to avoid the grocery store syndrome. According to Lois Barth, a motivational speaker, life coach and trainer (who has worked with support groups and individuals on how to thrive both personally and professionally), trying to resolve relationship differences while in the middle of a fight is like going shopping when you're starving.

The Most Common Relationship Issues

"The best time to do the work is when you're on neutral territory. Just like you eat a meal before you go shopping, so you can get what you need rather than trying to just quell your hunger. The first step for couples is to not wait for the meltdowns to happen, but to address them before they do," Barth says. Relationship problems evolve over time and it takes both people in the relationship to work on the solution. The five most common problems Barth hears from her couples and clients can be broken down into when one or both people in the relationship:

These five problems underlie many of the relationship issues that cause couples to argue. Solving those problems requires couples to work together.

Solution #1: Actively Engage One Another

"When a couple is unclear about what they need, it can lead to fights. Women may nag, berate, or grow passive-aggressive rather than simply asking for what they need without apology. Men have their own dance too, but I think we run into trouble when we expect men to read our minds," Barth says.

Couples need to actively engage with each other and alert their partner to what it is they need or want. If a woman simply wants her husband to spend time with her, she needs to say it without commentary or guilt. She also shouldn't apologize for expressing her needs. Conversely, men need to be able to express their needs. Active listening exercises can help couples achieve this rapport and solve the problem of being unclear.

"The first thing that is most important - couples don't do it enough - is a simple exercise called active listening. You look at them eye-to-eye, knee-to-knee and you share your feelings and thoughts. Then you let them say what they heard. Use 'I' language (as in 'I heard. . .' rather than 'you said. . .'), and then ask, "Did I get it right?" Mirror back what you hear. Sometimes they don't get it right; it's not about getting it verbatim, it's about getting the gist of it," Barth says.

This exercise allows you to put yourselves in each other's worlds and to really hear your partner. You can't negotiate your needs if you don't feel your partner is really hearing you, understanding and empathizing. Barth encourages couples to engage in active listening at least every other day and to always start on a neutral topic.

Solution #2: Take Care of Yourself

Barth describes forgetting to take care of yourself can lead to feelings of resentment and an inability to communicate with each other. "Poor self-care for women often leads to burnout and later resentment towards their male partners, whereas if they would ask for help, and not feel like they have to fix the world, everyone would win."

It's important for women (and men) to recognize that if you don't take care of yourself, you can't take care of others. Personal unhappiness whether it stems from appearance, weight, success or other fundamental issue can bleed over into the relationship.

"Power struggles between couples around money, sex, or any subject when both parties are more committed to being right than being in the relationship," Barth says leads to many arguments. When couples are fighting, they need to recognize that it's less about being right and more about hearing the other side. Relationships need to empower the couple and they need to commit to resolving their issues, because trying to win the argument costs the relationship.

Establish rules for discussing the problems as they arise. If the couple needs to take a cooling off period in order to discuss rather than argue, agree to this before the problems happen. If either party states they cannot discuss the issue rationally, the other needs to respect the need and not take it as a slight. Resolving a power struggle occurs before they occur.

A repair attempt is when one partner or another tries to make peace or attempt a resolution over their differences. These are important because, if a "couple gets into a fight, and one throws out an olive branch, and the other tosses it aside, it prolongs the argument and again needing to be right."

It's important to accept the olive branch or at least recognize that it has been offered. More relationships fail when the repair attempt is failed than those who argue all the time, but know how to repair. In John Gottman's The Seven Principles for Making Marriage Work, he offers a series of exercises to help couples offer and accept repair attempts. 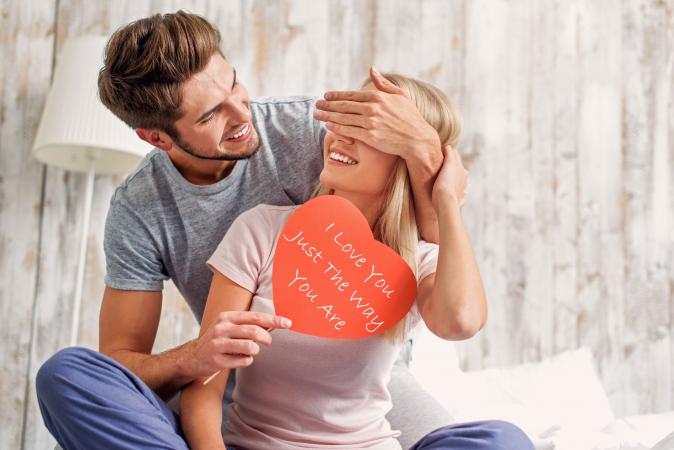 Some want the person to be someone else and "change" rather than accept who the person is. Remember you fall for someone as he or she is and that finding compromise for your differences is more important than change. This problem underscores all other issues in the relationship. Committing to discussing issues, respecting each other's opinions, and focusing on answers over being right is a change the individual must make and can't be forced by one partner on the other.

Couples become distracted because they are busy with work and kids. These couples get used to ignoring each other and forget to treat the other as "special" like they used to. Barth emphasized that a weekly, or at minimum, bi-monthly date night makes a world of difference.

In addition to all of the above, it's important for couples to identify what triggers them in a conversation to turn it into an argument.

"I started identify when I am being triggered and this is not a good time to have the conversation. When I feel this urgency that he must understand me right now and I feel the sense of being trapped, I know no good will come. I breathe and I tell him that I'm going in the other room to calm down, and collect my thoughts. He'll happily change the subject. That comes from really knowing yourself."

To really address your relationship problems, you need to do so on neutral ground after an argument, when both of you are calm. Remind yourself it's not about being right. It's about listening to each other and respecting your partner and yourself. Two exercises Barth recommends for couples to start practicing whether they have relationship issues right now or not, are active listening and appreciation exercises.

Choose Resolutions That Work For You

Every couple is different, but one common thread in all successful relationships is the ability of the couple to resolve their disagreements. Not every solution will work for every couple, but practicing active listening and appreciation exercises can help couples achieve the right solution for their issues.