Funny anniversary quotes offer you plenty of choices. Choose to give your spouse a chuckle or two this anniversary with a funny quote about your relationship.

Getting in a few personal digs with your anniversary quote should be all in good fun. You don't want to take anything said in jest about your relationship as serious. 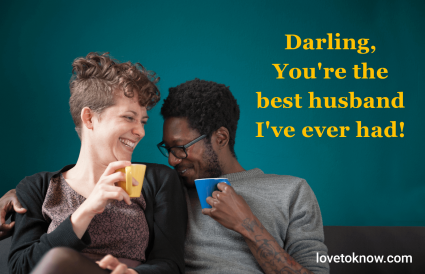 When you love someone, it's fun to add a little sarcasm to your anniversary quote. Sometimes, the sentiment might be too close for comfort. 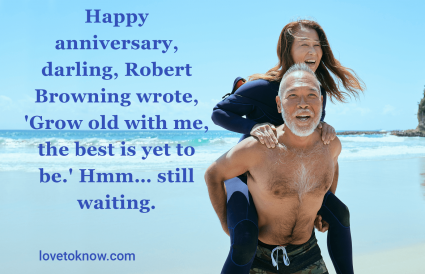 If you know a couple celebrating their wedding anniversary, surprise them with a funny quote. You never want to insult anyone, so be sure you know the couple's brand of humor when choosing the perfect quote. 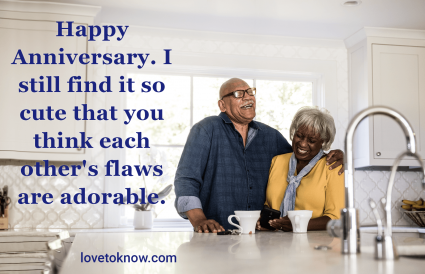 0
Comments
© 2006-2021 LoveToKnow, Corp., except where otherwise noted. All Rights Reserved.
75+ Funny Anniversary Quotes Guaranteed to Get a Smile