There is an overabundance of dating sim games, but only a few have consistently ranked highly. Whatever your sexual preferences or dating style, chances are there is a great game out there for you to enjoy.

Dream Daddy costs about $15 and is a single player visual novel game that can be played on a Windows, Mac, or Steam OS +Linux system. In this game you play a single dad who has just moved into town with his daughter. Upon exploring the landscape of the town, you encounter seven options for potential dad dates. Depending on your attraction, you get to choose who to go out with and create a relationship with. You also get to create your own dad character before embarking on your dating adventures. This lighthearted game is a great option for anyone interested in exploring same-sex male relationships and who get a kick out of dad jokes and puns. This game features:

Players overwhelmingly enjoyed this game with about 3,400 positive reviews of the game. Customers on Steam Power noted that:

The majority of reviews noted that the game was fun, that the characters were likable, and that it was nice to play a dating sim game that wasn't created for teens. 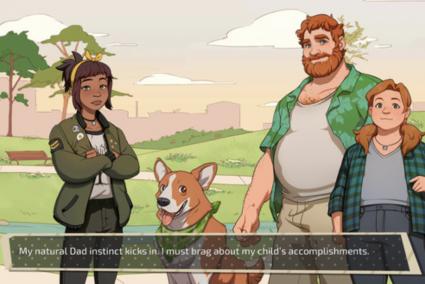 Kitty Power's Matchmaker costs about $10 and can be played on Windows and Mac OS systems. In this game, you work for Kitty Powers, a drag queen extraordinaire who owns a matchmaking business. As her protege, it's your job to get to know clients and set them up. Once you've picked the perfect client, you get to dress them and send them out on a date. Play games that help dictate the outcome of the date and try to get through some tricky challenges that are thrown your way. In this game you can explore different same sex, and opposite sex potential matches. This game features:

This game received over 600 positive reviews. Customer who reviewed the game on Steam noted that:

The majority of reviewers noted that the game is light, super funny, and easy to play, making it an overall enjoyable game when you're looking for something easy to play through. 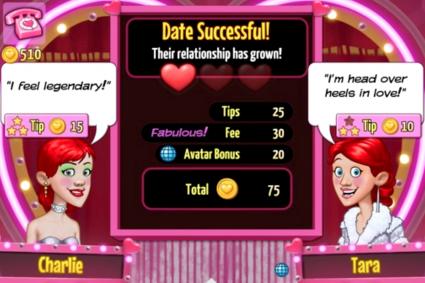 Everlasting Summer is a free visual novel game that has over 37,000 positive reviews. This game is compatible with Windows, Mac OS, and SteamOS + Linus and can be played in multiple languages including English, Spanish, Italian, Chinese, and Russian. In this game you play a male character who boards a bus during the winter, falls asleep and wakes up in the past at a pioneer camp in the middle of Summer. This game focuses on getting to know other players, dating potential love interests, and exploring different avenues as you decide whether to leave the camp. This game contains mature content and features:

With an overwhelming number of solid reviews, there weren't many cons noted in users' experiences except for some not feeling super connected to the protagonist who some found difficult to relate to. The majority of others enjoyed the characters, loved the soundtrack, and thought the visuals were on point. Some points that players highlighted:

Most players found the story to be compelling and liked the multiple ending options. 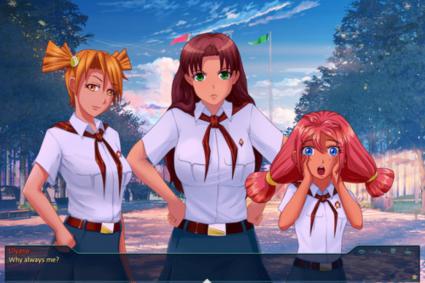 In Element: Date you create your own character, including their sex, and have many options for finding love in this game set in the future. This game is a great option for those who are interested in exploring different types of hetero and same-sex relationships and who are also into sci-fi games. This game can be played in English or Castellano and is available to download for free on Android or Google Play. Set up like a dating app, this game features a swiping option to show interest in a potential partner. Once matched, you can enjoy heading out together. This game features:

This was rated four out of five stars overall with many noting that this game is very well written with witty content and fascinating date options. Some however, noted that they experienced a few sound related glitches. Other players noted that:

Most people noted enjoying the game and only experiencing minor frustration when it came to glitches here and there.

A Little Lily Princess is a visual novel game that can be played with a Windows, Mac OS X, and SteamOS+Linux system. This game costs about $15 and can be played using a gaming console controller or your computer. In this game, you play Sara, a young woman who is sent off to boarding school. There she interacts with her peers, builds relationships, and dates other women in an innocent, first love sort of way. Through a series of choices, you decide how Sara interacts with her ever changing relationships with the gals at school with her. This game features:

A Little Lily Princess has nearly 200 positive reviews written by players with only a few negative reviews noting that it either wasn't as expected or they found it a bit boring. Some players mentioned:

Most players found the game captivating with well done graphics, solid writing and music, as well as a fun play through. Players who didn't enjoy the game noted that it didn't have enough action for them. 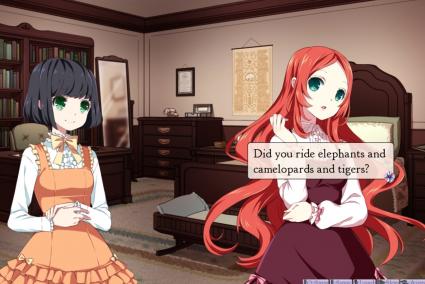 Finding the Best Dating Game for You

Playing sim dating games can be a really fun way to pass the time, unwind, and explore your dating preferences. Give a few games a try to find the best sim dating game for your needs.