Anyone who's ever been in love (or at least seen a romantic comedy) knows that the experience can be amazing, overwhelming, inspiring, depressing, invigorating, and exhausting, sometimes all in the span of one week. Turns out, though, that love can also be addictive.

Not an Official Disorder, But... 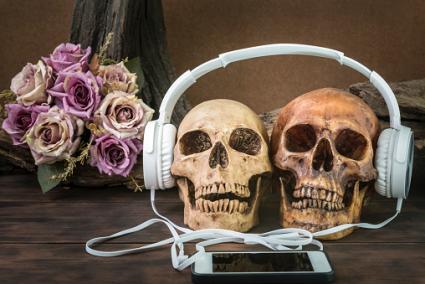 Now, it's important to mention that love addiction is not recognized as a genuine disorder or condition, the way alcoholism is. However, that isn't to say it's merely "addictive" in the way that Breaking Bad is addictive. Based on research, it's fair to say that, from a brain chemistry perspective, being in love isn't that different from being on drugs.

Have you ever been in a new relationship and found yourself unable to go without seeing your partner for longer than a day? Do you remember a breakup that sent you into a spiral of misery and ice cream cravings, as if you were going through some sort of romantic withdrawal? To paraphrase a song, might as well face it, you just may have been addicted to love. 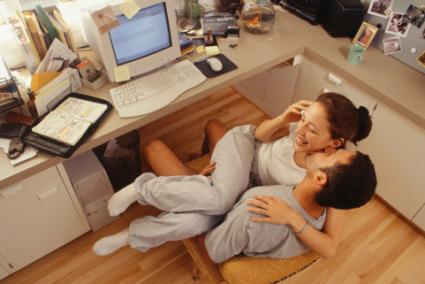 Typically, we think of being in love as a positive experience, offering fulfillment, purpose, and something to post about on social media. Drug addiction, on the other hand, is generally regarded as negative, robbing a person of free will, potential, and health.

Yet, when it comes to behavior, lovers and addicts aren't all that different. Writing in Discover Magazine, Helen Fisher points out that, just like junkies, people who are rapturously in love often re-prioritize their lives to an extreme degree.

In other words, think back to that annoying friend who couldn't stop texting her new boyfriend, no matter what else was going on around her. From this perspective, love isn't that different from an intoxicating drug. That isn't hyperbole, either. As it turns out, there is a scientific basis for looking at romance this way. 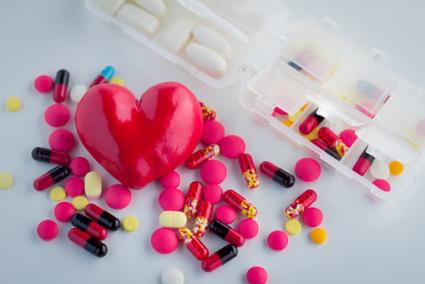 Studying the brains of people who had recently fallen in love, researchers have discovered that, during these early stages of a relationship, a person is likely to experience a boost in certain chemicals, specifically serotonin, norepinephrine, and dopamine. Combined, these chemicals induce a feeling of excitement, confidence, and sublime pleasure. They also happen to be the same chemicals released in the brain when a person uses cocaine. Suddenly, Tom Cruise jumping up and down on Oprah's couch and proclaiming his love for Katie Holmes makes a little more sense.

From a biochemical standpoint, it's becoming fairly clear that romance and opiates aren't that different after all. In fact, the researchers involved in the study theorize that the neural pathways involved in drug addiction may have originally developed for the purpose of mating. Drugs simply hijack those pathways. In that sense, it may not be that love resembles addiction, so much as addiction resembles love. (Probably best not to put that in a Valentine's Day card, though.)

Granted, this might not seem like a problem when you're in those thrilling early days of romance, savoring each moment with your soulmate. After all, prolonged cocaine use tends to ruin a person's life, while a strong relationship will ideally enrich a life. Sadly, as confirmed by every Taylor Swift song ever, we don't always get an ideal outcome. If love is a drug, what happens when someone breaks your heart?

Kicking a drug habit can be a monumentally difficult task. When a person is physically dependent on a substance, the body will not react well to no longer having it in its system. That's why "Trainspotting" turned into a terrifying horror film during the withdrawal scene. As you might have guessed, love isn't so different. 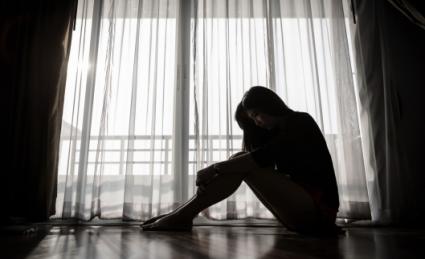 In a study published in the Journal of Neurophysiology, researchers used fMRI scanners to look at the brains of 15 college students who had recently been romantically rejected but reported still being very much in love with the objects of their affection. Just as the previous study revealed that being in love is chemically similar to being on cocaine, this study revealed that being rejected is chemically similar to experiencing drug withdrawal. Your body is used to that surge in happiness hormones that it got from being around a lover, and now that the person is out of your life, your body needs its fix.

The research sheds light on the sometimes irrational and dangerous behaviors of those who have just been dumped. You've probably seen examples of this yourself. Maybe you've even been involved in such a breakup. People become desperate, leaving dozens of phone calls, in a vain hope to win a lover back. They fall into a deep depression, lacking the motivation to even get out of bed. They lose weight. They gain weight. They cry. They lose hope. They listen to really bad music.

When Shakespeare wrote Romeo and Juliet, he may not have been giving us an unrealistic depiction of love's anguish. The truth is, that play was scientifically accurate.

Love can turn your life upside down. It can make you feel like you've taken a powerful drug. When it's taken away, it can feel much like going through withdrawal. With all this in mind, we might wonder whether love can be considered a dangerous addiction.

In Psychology Today, Dr. Aaron Ben-Zeev argues that it depends on how that love is expressed. If you're deeply, profoundly in love, and you express that love with passion over a long period of time, there may not be anything wrong with you. As long as you live an otherwise fulfilling, productive life, that kind of love can be healthy.

On the other hand, if you find yourself unable to be without your partner or unable to be romantically alone at all, you could have a problem. Some people who engage in constant casual sex might not actually be addicted to sex as much as they are addicted to love. If they're single, sex represents a way to pretend they are in a loving relationship; however, casual sex comes with its own set of dangers. Even people who don't use sex as a means for experiencing love can still become hopelessly infatuated with a person to the point that they completely lose interest in having their own life. If you've ever been to high school, you've seen this firsthand. In that sense, love addiction can be quite dangerous.

Keep It in Balance

This isn't to say that romance is going to rob you of your identity. However, the next time you fall head over heels for someone, just remember that getting hooked on anything, even love, isn't good for a balanced, healthy life.