She is drop-dead gorgeous, intelligent, and totally into you. However, there's a catch: she is a single mom. If you are like a lot of guys in the dating world, the idea of going out with a female who already has kids is intimidating, perhaps even scary.

Statistics show there were nearly ten-million single moms in this country as of 2014. Consequently, the chances of you finding yourself interested in dating a mom with kids are pretty good. Dating a woman who is also a mommy may be a little different, but with a few pointers, it doesn't have to be as awkward as you might think.

1. Get Used to Her Ex Being Around

If you're dating a single mom, you'll have to get used to the fact that she may still have a parenting relationship with the father of the child. As the new beau, you'll have to deal with her ex still being in the picture. He may call or text when she is with you, or he may be at her house from time to time to pick up the children or discuss parental responsibilities. This just goes along with the territory.

2. Be Considerate of Her Time

If you are dating someone who doesn't have children, showing up 15 minutes late for a date or causing her to be late getting back home would probably not be a huge deal. However, if you are dating a single mom, when she tells you she must be home by ten o'clock, she's not joking. For a single mother, having a few hours to spare means she found a sitter and worked hard all day preparing to make sure she has the night off. It is also unlikely that you will be able to call her on Saturday morning and get her to go out with you that evening. Be considerate of her time by making arrangements for dates in advance and doing your part to stay within her schedule.

3. Learn to Be Flexible

Forget everything you know about how a date would usually go. Dating a single mom is hard and could not only mean adhering to a strict schedule, it can also mean you have to be completely flexible. Don't be surprised (or offended) if she has to leave a date early, cancel at the last minute, or if she has to cut you off in the middle of a romantic phone conversation. There is no schedule for the unexpected surprises that come along with being a parent. Situations like having a suddenly sick child or receiving calls from daycare because a little one needs a change of clothes will take precedence.

4. Don't Be Surprised If She Won't Drink

When you have a little one at home relying on you to do everything, alcohol is hardly a conceivable option. She may have a glass of wine with you at dinner, but it will probably not go any further than that. She cannot take a chance on getting home inebriated and unable to care for her child or even waking up in the morning to a lingering hangover.

You may want to steer clear of any kind of talk about marriage, children or future plans too soon. However, she will likely bring up serious discussions much faster than a woman who does not have a child. A single mom doesn't have a lot of time for wasting with someone who does not have the same relationship goals as she does. Expect this topic to come up much earlier than usual.

Even if you know a fabulous restaurant an hour away or have ideas of heading a few cities over to catch a show, dating a mom will usually mean she needs to stick closer to home. Not only will a date located further away take a lot longer, she may be uncomfortable with the idea of being so far away from her children. Before you plan an outing that involves travel, you should always clear it with her well in advance and don't take it personally if she just can't go. 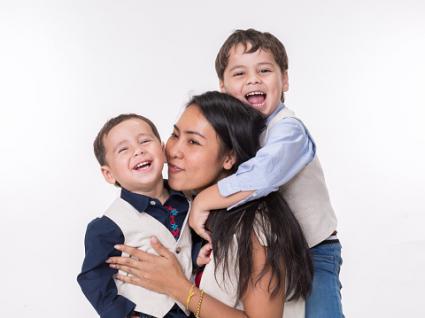 Moms are usually pretty apprehensive about bringing a new guy around their children before they know if said guy will stick around. She may be fine with dating you a few times and never seeing you again, but children can form an attachment super fast. After several dates, it's okay to bring up the idea, but ultimately the decision is hers. Let her decide when she is ready to bring you into her children's lives.

8. Don't Inject Yourself as a Father Figure

Don't assume you have any obligation to take on the role of being a father figure early in the relationship, even if it is just figuratively in conversation. A single mom dating rule means you should steer clear of talking about how you would handle parenting situations and avoid giving "fatherly" advice. Your date may take it as overbearing if you try to act like a father figure to her children too early. Likewise, avoid buying gifts for her children in the beginning. You may think this is a thoughtful act or gesture, but such doting on her offspring will probably be frowned upon in the early stages.

9. Understand Sleepovers Will Be Rare

You can pretty much forget the idea that you will have an awesome date and then wake up in each other's arms the next morning. Surprise sleepovers will be a rare occurrence with a single mom. Therefore, don't be offended when she asks you to leave after an amazing evening spent at her place and be understanding when she has to go home after spending time with you at yours.

Different, but Not Bad

Dating a single mother may be different, but it is not always a bad difference. After all, you will likely be dating a woman who is well grounded, responsible, and on the lookout for meaningful relationships. Be patient, genuine, and understanding of her position and you may just find that her having children already is a bonus rather than a burden.