A genuine compliment will likely be appreciated by the recipient as long as it's not designed to try to get something out of them. Compliment a guy to let him know you appreciate some aspect of him, but not to try to sweet-talk him into doing what you want.

Compliment Who He Is

When you compliment a man on his non-physical attributes, it shows that you look deeper than the surface and truly see who he is beyond his looks. If you know the guy fairly well and know what values he holds dear, this should guide you as to what compliments he will best respond to.

A half-hearted compliment might be misunderstood as sarcasm if you don't seem to truly mean it. Don't tell a guy he's the most handsome man in the universe unless you actually believe it.

Be clear in framing your words as complimentary. For example, the compliment "Once you make up your mind about something you don't let anything stop you" can be seen as either a positive statement or a negative one, depending on the context and delivery.

Your body language can have a big impact on whether he believes your compliment or not. While you may default to a joking tone in your delivery out of nervousness, this will only serve to minimize the compliment and make it sound like sarcasm.

Compliment things that are in his control or things for which he has worked hard. Complimenting him solely on something physical may make it seem as though you're reducing him to an object, and he might not like that. Here are some ideas for good compliments for a guy you don't know very well yet: 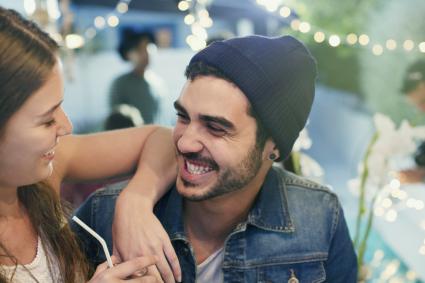 Unfortunately, sometimes a compliment can unintentionally fall into the realm of awkward. You can avoid this by:

Complimenting Via Text or Online

A compliment is best-delivered face-to-face, but if circumstances dictate that you must communicate via text or online, don't let that stop you from complimenting him. Here are some tips for these types of compliments:

Be Generous and Genuine

1
Comments
© 2006-2020 LoveToKnow, Corp., except where otherwise noted. All Rights Reserved.
How to Compliment a Guy