Where do American singles looking for dating and marriage go to find their mate? The days of cruising a bar are waning, and more and more are turning to the Internet for their perfect match.

As the saying goes, in order to catch fish, you have to go to the pond. Traditionally, the "dating pool" has tended to be either in bars and clubs or in social groups such as churches. A 2017 survey by The Knot revealed that the most popular ways people find their spouse today are through online dating or an introduction from a friend. This is especially true for same-sex couples who meet their partners online almost 70 percent of the time. Some believe that most people meet the person they will marry as early as high school or college. However, the U.S. Census Bureau reports the average age of marriage for men and women is the highest it's ever been. On average, women marry at nearly 28 years old while men marry at about age 30.

One of the reasons for the change in where people meet may be due to the increase in demands on people's time. There are more single parents as well as more divorcees out on the market looking for love and about one-fourth of married people had been married before their current relationship. It's not so easy to go out to bars and clubs when you have parenting duties as well, so the social circle may be limited to the people you meet in the workplace. People who have been through a divorce can also be a bit more cautious or even jaded about love and marriage. They're less likely to jump into a new relationship without knowing more about the other person in advance.

That's where the Internet dating sites have really come through. The anonymity of the web has given courage to shy people and hidden the identity of people who don't want everyone to know they're dating. Best of all, sites like OkCupid and Match.com provide profiles that let singles sort through the things that are important to them in a date or relationship.

These sites, along with other major sites like eHarmony, use sophisticated algorithms to match up likely candidates for love, and it seems to be working. A set of surveys conducted by Tinder in 2017 says Tinder users are five percent more likely to say "I love you" in the first year of a relationship than offline daters. Only about 10 percent of men and women who use Tinder say it is difficult to maintain a committed relationship compared to almost 30 percent of people who don't date online. While these statistics are promising for online daters, only about five percent of married Americans or those in committed relationships say they met online.

The Dark Side of Online Dating

While some researchers are skeptical of the success claims of online sites like Tinder, the industry itself shows no sign of slowing down. Dating sites have become more focused with specific sites for single parents, for gay and lesbian singles, and for various religions or ethnicities. Whether online or off, studies have shown that the happiest marriages and relationships are with people of a similar type, whether that's class, appearance, religion, or any other characteristic. The idea that "opposites attract," while romantic, has been shown to be false.

This is why many sites specifically target American singles looking for dating and marriage online, such as American Online Dating. Unfortunately, "target" is probably the right word. Like many dating sites that aren't as reputable as Match.com or eHarmony, this is based on a site template that is used for hundreds of other "custom" sites. While they do work, their matching capabilities are nowhere near as sophisticated as OKCupid or Match.com, and they often try to lure people in with fake profiles and hidden fees that add up quickly.

Singles looking to date or get married have their pick of general or specialized websites and apps to use in their search. 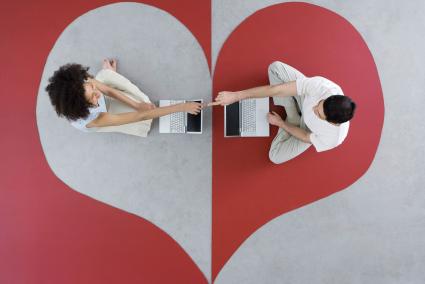 Dating websites that aren't made for any specific population may have a larger dating pool to choose from. Look for one that fits your budget, dating goals, and level of comfort with online dating.

Sites Based on Culture and Religion

When your cultural or religious beliefs dictate dating deal-breakers, a website for only people with similar beliefs can make dating easier. These unique dating sites narrow the field for you before you even create a profile.

Sites Based on Interests

When your lifestyle and interests dictate your dating life, specified dating sites can help you find compatible singles.

Sites Based on Gender Preferences

Members of the LGBTQ community can find love online with dating sites made specifically for them.

Sites Based on Physical Factors

If age, health status, or looks play a big role in what you're looking for from a partner, highly specific dating sites could be your best option.

While the statistics may seem scary, the reality is far from bleak. Every day millions of people go online to meet, chat, browse, and edit their profiles in the hope of finding that special someone. Whether it's around the water cooler, at a dinner with friends, or through a site, the "barnyard dance" of dating and marriage continues to bring happiness to lonely hearts all over America.