Do you know how to identify the signs of a cheating boyfriend? The most important thing is watching for changes in behavior; a cheating boyfriend's behavior can change significantly when he starts cheating. Listen to your intuition and trust what your gut says.

The Top Signs of Cheating Boyfriend

The best sign will be your own intuition. Each boyfriend and relationship is different. You know your relationship better than anyone else, so trust your instincts first. If you are having trouble determining if he is cheating, there are some behaviors to monitor.

Spends Less Time With You

This is only a sign if you have been together long enough to notice a distinct change in time spent with each other. For example, early in a relationship, it can be quite common to be together a lot, often at the expense of friends, school, hobbies or work. As a relationship settles in more, one or both of you will likely return to a more pre-relationship schedule. A better clue is when he seems more distant than usual, even if the time you spend together hasn't changed too much. Some more specific clues may be:

Marked changes in his behavior are also signs of a cheating boyfriend. Here are some possibilities to watch for. 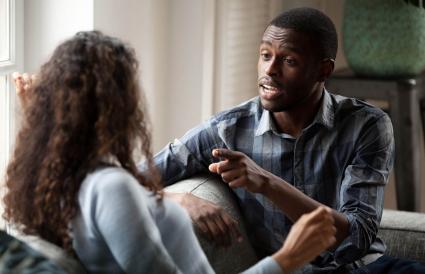 Sometimes women will look back on events and wonder how they didn't realize cheating was present, but the truth is that sometimes the signs are just so obvious you disregard them when they happen.

If your boyfriend displays one or more of these signs, don't automatically assume he is cheating, but don't completely ignore these signs either. Tell him you've noticed some changes and ask if he is OK, then listen to what he says. If you eventually reach a point where you are very suspicious he is cheating, then confront him about it. Finally, sad as it may be, you are better off moving on to a new relationship than stay with someone who cheats.