Mature adults re-entering the dating scene may find the scene exciting, but they may also find it frustrating as they try to navigate dating etiquette that frequently evolves. A vibrant dating and sex life is entirely possible after age 60 and beyond.

Susan Kiner, author of Sex After 60-New Rules for Dating for the Next Third of Your Life provides helpful advice on gracefully starting over in the dating scene.

Competition for a Partner

The succeeding generations add to the pool of potential partners, says Kiner. "When we were in high school or college, the competition was limited. There were a finite number of females in the 'dating pool.' Some of today's potential competition hadn't yet been born. It's true that certain men prefer the company of women many years their junior. As Tony Soprano would say, 'fuggetaboutit.' Write them off. You'll never make it with them because you don't have what they're looking for. Be pragmatic and don't beat a dead horse. Move on."

Though entering the dating pool at an older age can seem scary, men and women in their 60s have the benefit of life experience, leading to a self-confidence that is only acquired with age. "You're different than you were," said Kiner. "You have maturity. You can converse intelligently on a wide variety of subjects. You've experienced life - both the good and the bad. You can look back with laughter and nostalgia as you reminisce with men your age, older, or even younger."

Kiner says that dating in later years can be more fun because Baby Boomers are, in general, more economically stable than other generations. "This is primarily because more Baby Boom women are having careers, while their mothers did not. As a result, they will enjoy two pension checks and two social security checks. It will be less likely that a woman who has survived her husband will live off only a survivor benefit. It's more probable that a widow will live off a survivor benefit plus her own pension and social security income," says Kiner.

"For better or worse, there have been alterations in the beliefs and rules governing courtship, marriage, family formation, divorce, and definitions of accepted gender-related behavior," says Kiner. These changes can seem scary and confusing to someone re-entering the dating pool after many years. 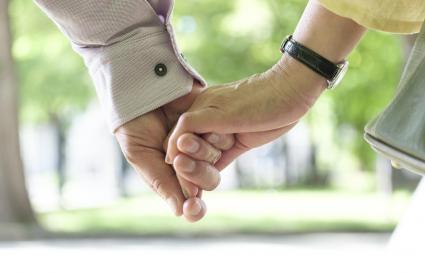 With age comes wisdom, but that doesn't mean it's always smooth sailing in navigating the dating scene. "It is amazing that even 'mature' adults repeat the mistakes of the past," says Kiner. "The number of people who cite fundamental differences when assessing the reason for a failed marriage has amazed me. Dissimilarities in background, education, and religion top the list. If you and your ex-spouse (s) were from diverse cultural backgrounds, had differing family experiences, differing levels of education, and a different religion, perhaps it is time to re-think what to look for in a new relationship. While it may be true that opposites attract, and it has been tried (more than once) and if you found it had no staying power, now is the time to consider someone who is more like you."

"Some men, who are single after being married most or all of their adult lives, just can't seem to 'get it together,'" says Kiner. "They don't seem to be as resilient as women. Most men don't have a social network. Many men can't even dress properly. They need someone to tell them what to wear when to get a haircut or buy new underwear. The answer is simple, men - look in the mirror. Clean up your act. Learn to use an iron instead of being seen in public resembling an unmade bed. A man's appearance can make the statement that he respects himself. Many men can't or won't follow this advice. Those who can and will are the undiscovered gems. They're the good ones-not yet taken. Every day a new crop of potential 'good ones' comes on the market."

Advice on Dating Over 60 for Women

"Older women as a group often have their own economic and social standing," says Kiner. "They have a power base, and are now able to select the man that they want rather than having to choose a man for financial support and to give them social status."

Some women in their 60s enjoy dating men who are younger. "Talking things through with a mature woman is often very comforting to a younger man," says Kiner. "The guidance of a mature woman can help him not only in his career but also in his interpersonal relationships. With age frequently comes the crumbling of inhibitions. Many younger men thoroughly relish the freedom from sexual inhibitions many older women offer."

"During perimenopause, the months or years prior to menopause, levels of two female hormones, estrogen and progesterone, vary irregularly," says Kiner. "This happens as the ovaries struggle to keep up with the needs of an aging woman's body. The symptoms of menopause can result from these changing hormone levels. Even after menopause, when a woman's ovaries make much less estrogen and progesterone, the symptoms may continue."

"Patches or pills can relieve hot flashes, night sweats, and vaginal dryness," advises Kiner. "They will also slow or prevent bone loss and help delay osteoporosis while you are using them. Other forms-vaginal creams, tablets, or rings, are used to alleviate vaginal dryness, making 'mature' sex feel just like when you were young."

"Some older men want a woman to take care of them," says Kiner. "If this turns you off - move on. Some want a companion with whom to enjoy their golden years. Some want friendship-not sex. Some want sex, and lots of it. Gloria Steinem refers to them as 'the Viagra-crazed seventy-year-olds.'"

"If sex is more important to you than it is to him, then you must ask him why," says Kiner. "Depending on his answer, you'll have to decide whether you want the relationship to continue. Most men over 60 need some help in this department. Those who are unwilling to make this a priority before marriage will most certainly not do so after. Move on."

"The old tried and true method of introductions by friends and family still works," says Kiner. "It's safe because someone you know and trust, knows and trusts him. I call this the credible introduction. Many religious organizations sponsor senior singles clubs. You can meet people at work, whether paid or volunteer. I urge all 'mature' singles to just get out there! You won't meet anyone sitting in front of your television set."

6
Comments
© 2006-2021 LoveToKnow, Corp., except where otherwise noted. All Rights Reserved.
Expert Tips on Dating and Sex After 60