Sexually Transmitted Diseases (STDs) are a fact of life when you're dating. It's important to learn about the most common and recognizable STDs like HPV, syphilis, gonorrhea, herpes and HIV along with the rules on how to stay safe in the dating world. Being smart and careful can reduce your chances of getting an STD.

STDs are easier to avoid if you know how they're transmitted. Recognizing the symptoms can also help keep you safe. Here are some of the most common STDs:

Syphilis is transmitted by direct contact with a syphilis sore, also called a "chancre." Chancres are found most often on the genitals or anus, inside the rectum, on the lips or in the mouth. They appear within a few weeks of infection (on average, about 21 days). They're usually small, firm, and painless, although sometimes they do hurt. An infected person can have one or several chancres. Treatment for syphilis is simple. Penicillin will cure it. Other antibiotics are available for people with allergies to penicillin. Without treatment, syphilis stays in the body and can cause very serious illness years after the original infection.

Gonorrhea is transmitted by penile, vaginal, or oral contact with semen or vaginal fluid from an infected person. A man doesn't have to ejaculate to spread gonorrhea. Gonorrhea doesn't always have symptoms. When symptoms do occur, they begin a few days to a month after exposure. They include pain or burning with urination and a yellow or green discharge from the penis or vagina. Men may have swollen testicles. Rectal infection can cause pain, discharge, and bleeding. Gonorrhea can also cause a serious internal infection in women called pelvic inflammatory disease (PID). Symptoms include severe pelvic or abdominal pain and fever.

Gonorrhea can be cured with antibiotics.

Like gonorrhea, Chlamydia is spread by contact with vaginal fluid or semen. As many as half of infected men and three quarters of infected women have no symptoms. When symptoms do appear, they're similar to those of gonorrhea. Chlamydia can also cause PID.

Chlamydia is easily treated with antibiotic pills. Doctors will often treat for Chlamydia and gonorrhea at the same time, because the two STDs look so much alike.

There is no cure for HPV. Warts can be removed using medication or other treatments, but the virus may still be present in the skin. Most people will eventually "clear" the virus, meaning that it goes away without any treatment. A new vaccine called Gardasil can help prevent women from getting the types of HPV that cause cervical cancer.

Herpes looks like small blisters or sores, often on the genitals, around the anus, or on the lips. The sores can be quite painful. They appear within a week or two of exposure and go away after a few weeks. After the first outbreak, the blisters may never come back, or they may recur several times a year. An infected person can transmit herpes even if no sores are visible.

There are medications that can help reduce outbreaks, but there is no cure for herpes. 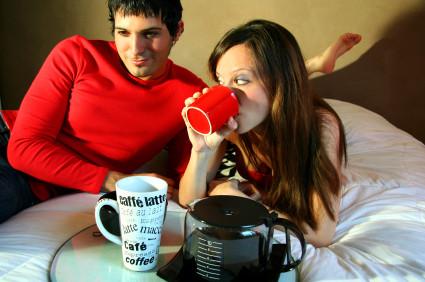 Human Immunodeficiency Virus (HIV) causes Acquired Immunodeficiency Syndrome (AIDS). It's transmitted by contact with the sexual fluids or blood of an infected person. HIV may have no symptoms until AIDS develops. Sometimes it causes a flu-like illness a few days to weeks after exposure. HIV is usually diagnosed by a simple test at the doctor's office. Home testing kits are also available online or at the drugstore.

There is no cure for HIV. There are medicines which can help reduce the load of HIV virus in the body, but no medication will make it go away.

The rules of safer sex aren't complicated. Unfortunately, in real life they can be hard to follow. Here are some basic rules to remember:

You can learn more about STDs at the Centers for Disease Control and Prevention Sexually Transmitted Diseases web site.

0
Comments
© 2006-2021 LoveToKnow, Corp., except where otherwise noted. All Rights Reserved.
6 Common STDs and Simple Tips to Avoid Them