Anyone who's been cheated on by their man has probably heard or read many quotes about lying boyfriends. They can help, they can hurt, they come from many sources, and prove one thing: as long as there have been boyfriends, some have lied.

Most quotes about lying to someone you love mention pain in one way or another because it's painful to be lied to by someone who is supposed to have your best interests in mind. 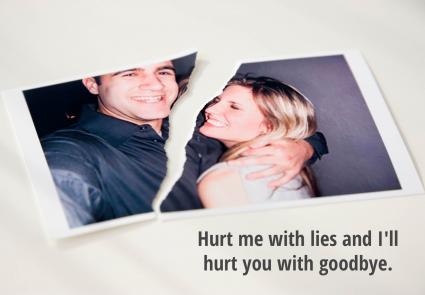 Quotes About Lying and Trust

Trust can be quickly dissolved once lies are revealed. A trustless relationship probably isn't destined for success. 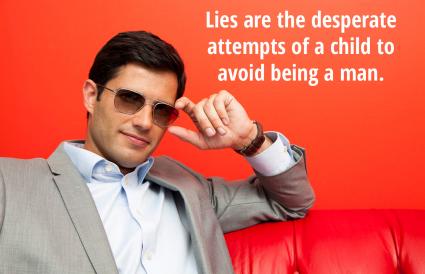 To give an idea of the breadth of literature available about prevaricating paramours, keep in mind that the story of David and Bathsheba in the Old Testament is a tale of a boyfriend lying in order to be with a woman - whereas the Def Leppard song Love Don't Lie is about how a loving relationship can't include lies.

Songs, poems, philosophies, plays, movies, all have something to say about the experience of being lied to. These can be blues songs about how a "man done me wrong", vituperative soliloquies from Shakespearean characters in his romantic comedies, or simply a movie quote from something like Thelma and Louise, the story of two women wronged by just about every man they come across in the movie. "I'm not the least bit sorry that creep is dead, I'm just sorry it was you who did it and not me," is a powerful indictment what the fate of the lying and abusive men get in that story.

The Damage of Lies

The one theme that often gets reiterated in these quotes is that the damage done by a lie is not limited to the lie itself - it is to the trust that is damaged, often permanently, when someone believes a man loves his partner but then finds out that belief is wrong. Getting past that wound is almost impossible according to many quotes, and even more say that it is silly to try.

If the story of Thelma and Louise wasn't enough, there are quotes from people such as Cyril Connolly, who warns that in women, revenge is most often set alight by "male thoughtlessness." Lying boyfriends should take that to heart and consider that the consequences of not telling the truth can involve more hurt than the feelings of their girlfriend. "Hell hath no fury," as Shakespeare put it.

No Shortage of Quotes

The abundance of quotes about lying boyfriends points to a prevalence of these types of men. Perhaps the biggest benefit of these kinds of quotes is that they may make someone, somewhere, hesitate the next time they are about to tell a lie to someone who loves them.