What defines psychopathic relationships? Does your relationship, with all of its idiosyncrasies and quirks, really work? Or, is it mentally unhealthy? Not quite sure? We'll clue you in. Should you continue to work on your relationship, or is it time to cut your losses and hightail it out of there? Keep reading!

First, let's take a look at the definition of "psychopathic". According to YourDictionary, the definition is as follows: "The definition of a psychopath is a person who is unstable, insane, abnormally violent or unable to maintain normal social behavior." Psychopaths tend to be aggressive, selfish, and uncaring. Violence is a predominant characteristic of a psychopath, but the presence of violence doesn't solely indicate a person is a psychopath. Most mental health professionals instead refer to these people as having "antisocial personality disorder" as opposed to labeling them as psychopaths.

A true psychopath will exhibit certain tendencies or personality traits. These may be uninhibited traits that the person simply has no control over. On the other hand, in a new relationship, the psychopathic personality may be able to control his or her initial behavior flaws. In other words, he remains on his best behavior until he has wooed his beloved into a sense of false security and trust. Once he has her devotion firmly in hand, he may then let his true colors show. Why wouldn't his significant other run in the other direction after she sees his psychopathic personality in the flesh? For many women and men, they love this person, and so they feel that they can "fix" him or her. In fact, some people simply don't want to give up on another relationship because they are afraid of looking like a failure… again.

Signs of Being a Psychopath

Common traits that are associated with psychopathic behavior include the following:

Psychopaths are typically accomplished manipulators. You may not realize this, and in fact, mistake manipulation for charm… until you do something that displeases him or her. A psychopathic relationship generally involves deceit, control, and manipulation. The deceit may come into play for both parties but typically begins with the psychopath. However, once the injured party realizes the consequences of any real or imagined insult by the psychopathic personality, he or she may begin to lie to simply survive. Is this the pattern of your relationship? If so, you may want to think twice about staying. In most psychopathic relationships, mental and emotional abuse of the other person and even other family members and friends is quite common. However, physical abuse may also play a role. 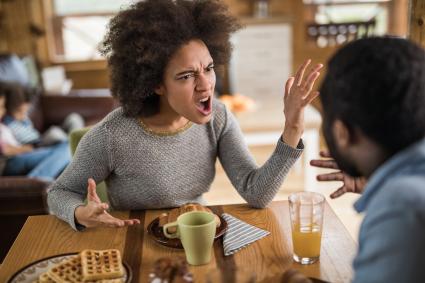 There are different degrees of psychopathy, so while one person falling within the spectrum may display mild attributes of manipulation and disregard for others, another person within this spectrum may, in fact, be too dangerous to be in a relationship with. Research suggests that relationships with psychopaths are most likely to fail unless you're willing to put up with the less-than-desirable tendencies of disregarding your feelings, aggression, and impulsivity. You're unlikely to be able to "change" your partner to make them less psychopathic, so if these behaviors are unacceptable to you it's time to leave.

It's important to note that psychopaths want to be loved, even if they're unwilling (or unable) to love others. Again, a psychopath's ability to love depends greatly upon the degree of psychopathy the individual has. What they feel as "love" may instead be more of a strong bond than genuine love. Psychopathy is marked by the inability to feel loving emotions.

How to End a Psychopathic Relationship

Even if your relationship doesn't involve physical abuse, once you've decided to get out, what do you do?

Recovering From a Psychopathic Relationship

As with any other bad relationship, it's important to keep some things in mind as you take time to heal:

Although you may see glimmers of hope once in a while in your relationship if your partner is a true psychopath it's likely these glimmers are merely products of manipulation. Don't allow your desire for a relationship to put blinders on you to where you accept psychopathic behavior.

1
Comments
© 2006-2020 LoveToKnow, Corp., except where otherwise noted. All Rights Reserved.
Resouces, Advice & Tips for Covid-19
Read More
What to Do in a Psychopathic Relationship