Sometimes, it might seem like women and men are on opposite sides of the universe. According to Dr. John O'Connor, a psychologist with over two decades of experience, human behaviorist expert, author of Id Speak, and a guy all his life, at times, they are. "Men and women have a different mindset," stated Dr. O'Connor. "Knowing a guy's mindset and watching his behavior is the way to know if he's interested in you."

Cracking the Code of Male Flirting

Understanding the way guys flirt in general can be challenging, Dr. O'Connor warned, since each guy is different because of his background and his life experiences. Moreover, the type of flirting signals men send out is situational. Certain behaviors one does at a nightclub would probably not go over well at work, especially with sexual harassment being such a big issue.

If you are at a nightclub or bar and you're wondering if a guy is interested in you, Dr. O'Connor suggests to keep in mind a guy's mindset in this situation. "Guys will go out and see if they can gain attention from women in general. If they get a response, like a smile or some other sort of signal from you, they might buy you a drink or walk over and start talking with you." According to Dr. O'Connor, there are several examples of male flirting behavior.

After these initial attention-getters, he will walk over and attempt to contact you in less subtle ways, such as starting up a conversation, asking for your name, or ordering you a drink. 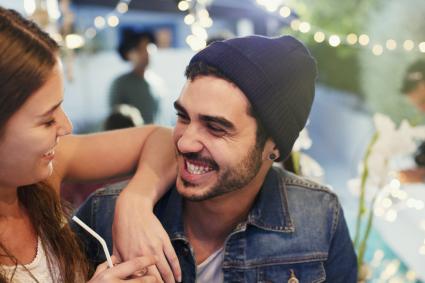 Flirting While at Work

Work might seem like a perfect opportunity to flirt because everyone develops an ongoing relationship and gets to know everyone on some level, however, that's not necessarily the case. Some companies even have policies that forbid employees to date each other. Men have to be more toned down at work. That doesn't mean that a woman won't pique his interest, Dr. O'Connor stated.

Workplace flirting signals might be more subtle and less obvious. "In this instance," Dr. O'Connor explained, "you have to look at what a guy does to express his interest. Sometimes flirting can occur, but it is usually not as overt because companies have gotten sued for encouraging an environment of sexual harassment." Signs of flirting at work include: 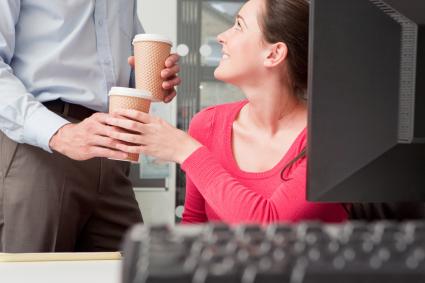 Flirting in a Familiar Group

This is where guys feel most comfortable flirting with women. If the group is a close-knit group of friends, guys will often flirt, Dr. O'Connor stated, because everyone is familiar with each other. This is where women and men's definition on flirting is most similar. A man who is flirting with you might:

Even if you are friends, the chances for romance are there based on these signals, even if the guy reciprocates with many women in the group. If he doesn't reciprocate with anyone else, and only behaves this way for you, then he is interested in just you.

Flirting Signals According to Personality

"A guy's personality will often influence the way they reach out to women," Dr. O'Connor explained. Some variations Dr. O'Connor described are:

A shy guy will often flirt when he has befriended a woman. He may display a variety of behaviors such as:

Dr. O'Connor, who has taught self-esteem classes and has helped a great deal of shy men in his practice, explains that, "Usually, shy guys have trouble in a nightclub and rarely leave with someone. They will avoid eye contact and they may not smile because they are too nervous. They will often befriend a woman in the hopes that the woman will eventually see that he is the one that is right for her. However, the shy guy will have a great deal of difficulty telling her his true feelings. They fair better in situations where some sort of relationship is established."

Funny guys tend to be the life of the party, or are often considered 'the class clown' type person. They may flirt by: 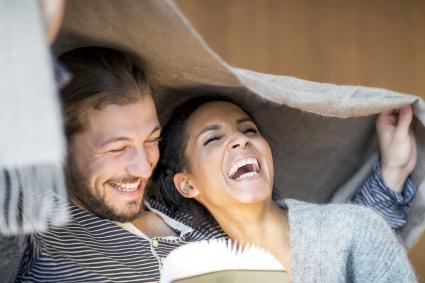 Some men will bypass flirtation and go straight for the sexual advances, which points to more troubling behaviors. Dr. O'Connor states very strongly that women should steer clear of these types of men. "Some men engage in troubling behaviors, such as touching body parts within moments of meeting you. These men regularly engage in this sort of behavior because they want to see who is going to submit to them right away, so they can dominate the woman in a relationship. It is not a healthy behavior, and it is not flirting."

All in all, it might seem like knowing if a guy is flirting with you is hard to figure out. Dr. O'Connor's advice is to keep in mind that if a man is showing you attention, it's the ultimate signal he's interested. Then you can flirt back with him to show your interest and help you move to the next stage.