In this melting pot of a world, interracial relationships are actually quite common. As statistics on interracial relationships show, the world is changing for the better on this topic. As people of different races get to know each other better through advances in media and travel, the differences between them naturally blur, and similarities become more obvious. Still, mixed-race relationships can pose unique challenges. Luckily, mutual respect and understanding can help solve these problems.

The Importance of Cultural Understanding

Culture clash can occur in any relationship between people of dissimilar backgrounds, but it is more common in interracial relationships. A culture clash is a conflict that occurs when people believe in different cultural values, and each considers their values as the "correct" ones. 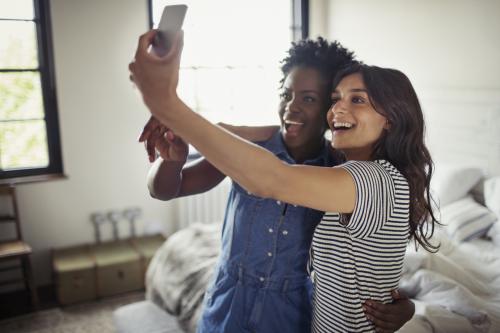 The way people are raised influences their outlook on life, including their ideas about relationship roles, gender differences, love, and respect. In order to fully understand your partner, it is important to understand where he or she comes from. It is well worth taking the time to do the following things.

Before you decide to begin a relationship with someone from a different ethnic background, it would be wise to review the pros and cons of interracial dating. While love has no borders, you also have to consider whether your cultural values are compatible. When there is a cultural clash, it makes it difficult to understand and get along with the other person.

Problems are also common in relationships between people with different religious backgrounds. Religion has a strong influence in many people's lives, and religious beliefs definitely come into play in relationships. For example, traditional Islam has very definite ideas about the roles of men and women in marriage. A non-Muslim woman can be caught completely off guard by her conservative Muslim partner's expectations.

If you and your partner are from different races, as well as from different religious backgrounds, it is important to discuss this before your relationship gets serious. If neither of you are particularly religious, this is probably not an issue. If, however, one or both of you are extremely spiritual, this could become an explosive difference.

If you intend for this to become a long term relationship, you should discuss:

It is often said that men and women speak different languages. This issue is even more obvious in interracial relationships. Sometimes, couples of different backgrounds have radically different ways of speaking. Someone from a different country, for example, might not initially understand a slang term and could be unduly offended. In other cases, one partner is not a native speaker, and misunderstandings ensue.

When faced with these issues, patience and a sense of humor go a long way! Also take the time to learn about your partners language. Not only will this help with communication, it will also demonstrate how serious you are about making the relationship work.

Not every interracial relationship encounters problems - much depends on the culture in which the couple resides and socializes. Most problems can be solved by not taking to heart every word and action by strangers and those close to you alike. Forgive people for their ignorance and choose your battles carefully. 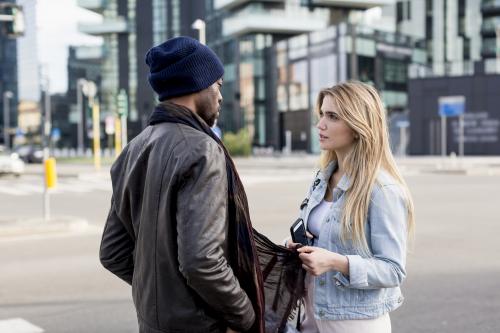 Bold or Subtle Attacks on Your Partner's Race or Culture

While it's true that racists exist and seemingly love to share their toxic opinions, sometimes the offensive words come from people who don't realize they're being offensive in the first place. People who are close to you may feel comfortable in asking questions or making statements regarding your partner's race or culture without realizing they're promoting stereotypes that can be considered offensive. How you deal with this depends on the setting and your own desire to educate people:

Anger Directed Toward You

People Surprised by Your Status

In a group setting, people may not easily assume that the two of you are a couple. This can certainly get annoying, especially if you suspect the assumptions of those around you are rooted in racism or cultural elitism. You have many options for how to deal with this, including, but not limited to:

One member of the couple may unintentionally start to assume behaviors of the other person - this is common in relationships. But when those behaviors are long-ingrained parts of the other person's culture, it can become offensive or seem like cultural appropriation. An honest conversation between the partners about why those behaviors are special to their culture should be enough to clear up the misunderstanding and hopefully compel the person to cease with the behavior.

If either partner (or both) strongly identifies with a racial or ethnic group, it is vital that he or she is allowed to continue the association with that group. For some people, race and ethnicity are important elements of their identities. 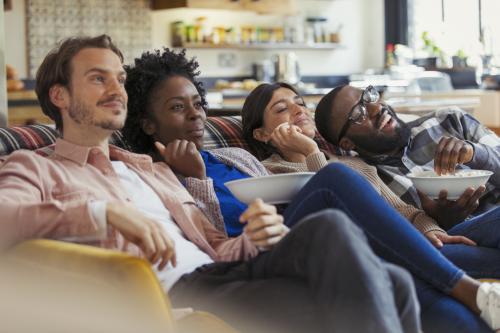 For truly healthy relationships, both parties must be free to be themselves and accept each other, according to Margaret Paul, Ph.D. in an article published by the Huffington Post. Neither one should have to change his or her cultural norms, religion, or values. Instead, each partner should learn to accept the other's background, upbringing, and perspectives.

Suppose you do meet someone of a different race, spend time with him or her, fall in love, and learn about each other's cultures. If you eventually decide you're ready to get married, you will still have one obstacle to face: meeting each other's parents and family. 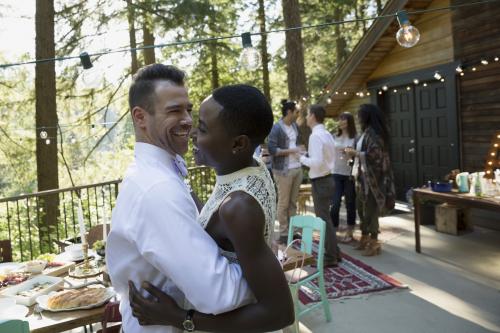 If you're lucky, they will completely understand your feelings and be happy that their child has found someone who loves and appreciates him or her. Unfortunately, this is a world where such an open-minded, loving attitude is the exception rather than the norm.

Here are some tips to help you answer awkward questions or deal with silent hostility.

Your friends or your partner's friends may not be on board with your plans. Frankly, this is actually a non-issue. If these friends are not interested in your happiness or the happiness of your partner, can they really be considered friends? Think about it. Do you really want to be around people who judge and condemn you, gossip behind your back, and are not interested in your best interests?

The Key Is Focusing on Your Similarities

Despite any differences, people are people and love is love. If you have truly found your match, you will be able to overcome any obstacle. While it is important to acknowledge and accept differences, it is more important to honor your similarities. All relationships need some middle ground. For a long term love relationship, it is important that you share a basic outlook on life and that you have similar values. With love, mutual respect, and a solid foundation, you can overcome anything!