Relationship breakups are never easy, but if you are looking for how to gently break up with your boyfriend, it is possible to reduce the blow by saying goodbye in a kind manner. While it's not fun, easing your boyfriend into the idea of moving on can be done successfully with some handy tips.

Breaking Up Means Moving On 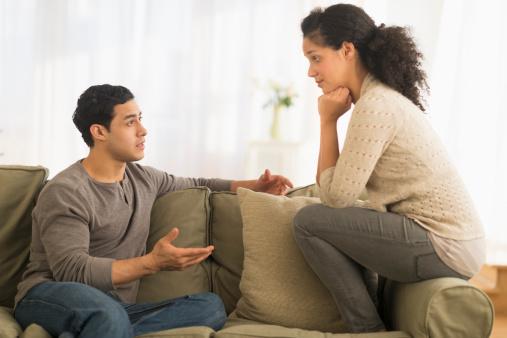 When you know a relationship just isn't working, the time to say something is sooner rather than later. Holding on to your boyfriend just because you're afraid of being lonely or single is going to cost you more pain in the end. While there is no pleasant way to break up, it is a necessary part of moving on. Both of you will benefit when you are true to your feelings and your heart. It's not fair to either your boyfriend or to you to avoid a breakup out of fear. This is when bad things happen, such as cheating, fighting, apathy, and downgrading to friends with benefits.

When to Break Up With Your Boyfriend

You'll know it's time to break up when you're having big fights about things like finances, the future, and cheating. Other reasons to break up include lack of trust, frequent misunderstandings, and not being in love anymore. If any of these things apply to your relationship, then now is the time.

How to Gently Break Up With Your Boyfriend

Just like you, your boyfriend has feelings and will likely be hurt by the breakup. However, a breakup is so much easier when you point out all the reasons for your choice. This takes a certain amount of preparation and timing. Using compassion, being matter-of-fact, and speaking in terms of what is best for both of you is important. Here are the steps to take in how to gently break up with your boyfriend.

Have a Live Conversation

Don't have a friend do it or send him a text. At the least, tell him you need to talk and try to do it so that you can both be part of a live, active conversation. A phone call is the easiest way if you are too nervous to do it in person, but resist the temptation to start a texting breakup conversation. There are a couple of reasons sending break up texts to your boyfriend is not a good way to do it gently. First of all, you have a written correspondence stored in your phone, which means it could be a reminder, or someone could steal his phone and read everything. Also, text messages can be confusing. You might think you've officially broken up, while he is still questioning.

Do It in Private 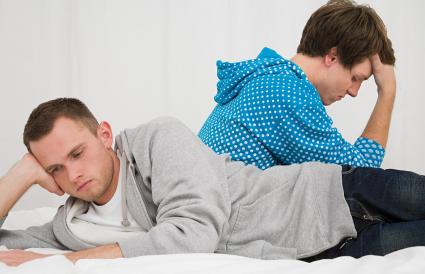 Breaking up at an event, like a party or social gathering, can elevate the hurt. For your boyfriend, a breakup is a stab at his pride, and he might need some time to digest the news before being ready to go public. Discuss how you are going to deal with your breakup together, such as changing your status on Facebook and determining whether you should try to be friends right away. This type of discussion also makes it much more real.

Don't Start Dating Someone Else Right Away

Even if you have another guy on your mind, don't run out and declare your love to him. This will cause the blow to your ex-boyfriend to be much worse. Make sure that your words to your boyfriend are matching your actions. So, if you tell him you want a break from dating and need your space-keep your word. You'll know when it's an appropriate time to date a new guy.

How to Say It Gently

The way you bring up and speak about the breakup to your boyfriend can greatly impact how he views the event. To do it gently, use words and phrases that have a positive spin. Try saying and doing things such as:

Give Him Space to Get Over It

A kinder, gentler breakup gives both you and your boyfriend a better chance of moving on, while still remaining amicable. Keep in mind that giving him his space during a breakup is also a kind thing to do. So, be prepared to stop the calling and texting, even if it's painful for you. In time, you'll know if you can be friends again.

7
Comments
© 2006-2021 LoveToKnow, Corp., except where otherwise noted. All Rights Reserved.
Resources, Advice & Tips for Covid-19
Read More
How to Gently Break Up With Your Boyfriend