Sometimes when people get in a relationship, they put blinders on and can't separate reality from the fantasy. Thankfully, most people have friends who can see the relationship clearly and aren't afraid to speak up when things become toxic. If you know someone in an abusive, unfaithful or otherwise unhealthy relationship and want to help them see the truth, there are many subtle and dramatic ways to sever the relationship.

If you've got a healthy, close relationship with one or both people in the couple, try an honest conversation. Sit down face-to-face and express your concerns. To make the information less harsh:

This conversation won't likely be easy for either of you and could take some time to sink in. Suggest she take an online quiz or look at signs of bad relationships to prove your point after the conversation. To really show what you're saying, keep a file with all the messages she's sent you about the relationship or social media posts she's made and present the document as evidence. Share your concerns, then give your friend some time to think it over. If she still doesn't want to leave the guy, try another technique or be content just being her friend despite her bad decisions. If the relationship is bad enough, it will eventually fizzle out on its own.

Most people have some secrets, even if they are just small white lies. Use whatever means necessary to find out what kind of secrets your friend's significant other is hiding and expose them. Troll through social media from times before they were dating, ask his drunk friends at a party about embarrassing stories or start searching his name online to see what comes up. If you can find a lie, you've got a weapon to use. For example, maybe your friend has no interest in ever having kids, but her guy has a Pinterest list of baby names. This could be enough to show her he's not on the same page and therefore not a good choice. When snooping around take care to:

Everyone has weaknesses and unattractive traits, find out what these are and start bringing it up all the time. If your friend really wants to get married and have kids, but her guy is fifty and already has adult children, point this out every chance you get. Find magazines with related articles to leave at her place, share stories online about similar situations and find unique ways to drop one-liners about his downfall every time you're with your friend. The key here is his shortcoming must be the opposite of something she wants for her future. It might not seem like a big deal when she first hears about it, and she'll probably be able to forget about it because she's not thinking clearly. But, if you keep reminding her over and over again, there's no way she can pretend it's not a problem. 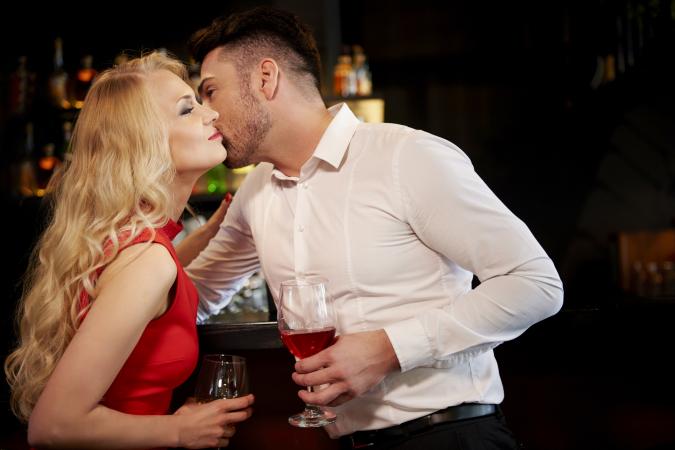 If your friend is a kind guy, he's not going to be looking at other women as viable options while he's in a relationship. However, if Ms. Right plops herself in his lap, he won't likely be able to dismiss her without further consideration. Whether it's an ex he's talked about missing, or a new girl you know who is everything he desires, find a way to introduce this newer, better mate to your friend. If possible, set up several instances where they cross paths, particularly when he and his girl are not getting along. Let the new girl know where you guys will be hanging out so she can drop in with her friends or bring her along when you know you'll see him. When he sees there are other girls out there who are interested in him, moving on might not seem so difficult.

Be a Time Filler

Relationships thrive on time spent together, so break them up by literally taking them away from each other. Make yourself super needy and reach out to the person in the couple you're closest with. Tell them about your real or imagined depressing scenario and express your need to have them around supporting you as much as possible. Call them every day and trap them in long conversations. Ask them to join you for everything from morning workouts to prime time television binge sessions. Play the friendship card and make them feel bad for not giving you the attention you need during this difficult time. If it makes sense, bring up times when you put everything on hold for them. If you're lucky, all the time your friend spends with you will become a real annoyance for their partner.

If you're daring and cunning, create elaborate setups meant to trap the unwanted partner in situations that look bad for his relationship. This technique takes a lot more planning and time than others and puts you in a more risky position to get caught. If you've exhausted all other attempts or feel confident in your ability to remain hidden, give one of these ideas a try.

For some people, jealousy can feel like reality when it comes to their romantic partner. Look at what's most important to both people in the relationship like time together, activities with family members or frequent phone calls. Once you know what makes them tick, you'll know which area to use in inciting jealousy. If he wants nothing more than to spend all his free time with his girl, find ways to monopolize his free time or encourage her to spend more time with her friends. When you're all out together, encourage other women to hit on him in front of her as a way of making her feel insecure. The key here it to find what makes either person jealous and capitalize on that feeling whenever possible. The more frequently you make one or both people feel jealous, the more likely they are to perceive those situations as a real betrayal.

Sometimes you won't be able to break up a couple all on your own. Chances are if you feel the relationship is unhealthy so do others. Look for allies who might feel the same way you do. If your friend is in a bad relationship maybe her mom, sister or co-worker friends know what you know. Engage them in conversations and sneak in commentary about your friend's guy. If they have a similar attitude about him ask for their help in executing a plan to break the couple up. Actions as simple as collaborating to continually bring up one of his weaknesses have a bigger impact when they come from multiple sources.

In this technique, you could become too close to your friend or get courageous and become too close to his girl. Either way, you'll need to become a stage-five clinger and a thorn in their side. Get yourself invited to everything they do, or drop by unannounced on the regular. While you're with them start deep conversations about yourself as a way to get them to open up about their inner workings. You'll either become so annoying to one half of the couple they dash or you'll learn enough personal information to find an angle you can use to break them up.

For some people in co-dependent, unhealthy relationships they may not see how they could go on without their partner literally and figuratively. Share resources like job ads, apartment ads, help hotlines like those for depression, free workout videos or apps or information on any aspect of life they struggle to imagine doing on their own. People in relationships find comfort and a sense of ease in the familiarity. Help them see what else is reasonably available if they need help getting started on their own again.

It's All About Good Intentions

If you're trying to break up a couple for reasons not rooted in your selfishness, these suggestions can help. Keep in mind every person and couple is unique, so you'll need to know what makes these people tick before choosing an action. While the initial breakup and realization you're the culprit could be damaging to your friendship, most people will have more clarity once they've worked through these emotions. Be patient and understanding and you're more likely to get your friend back.

6
Comments
© 2006-2021 LoveToKnow, Corp., except where otherwise noted. All Rights Reserved.
Resources, Advice & Tips for Covid-19
Read More
How to Break Up a Couple 10 Different Ways