Once a relationship has come to an end, basic small talk can feel a little awkward. If your goal is to win him back, you'll need to be intentional about how you communicate. Even if you're not looking to rekindle an old flame, good communication skills are useful if you want to remain friends after a break-up.

What to Talk About

Focus on talking about anything other than why you broke up, assuming you've already had that conversation, of course. Even if you haven't, chances are, you both know why you split, and dwelling on the negative past is not the way to win him back or gain any traction on rebuilding a friendship. Instead, find other topics to discuss that hopefully will not lead to a ton of pregnant pausing and awkwardness.

Whatever you do, your primary goal should be to stay neutral. Don't ask how he is doing. He's either doing great, in which case you might not want to hear about it or he's doing horribly, which leads to the inevitable awkward. Neutral questions include information that is not about you or him. For example, if you run into him at a mutual friend's wedding or party, ask what gift he brought for the guest.

One of the best ways to get people to feel more comfortable is to make them laugh. Have a funny story about something that happened? Share it! Got a punny one-line joke? That is definitely fair game. Of course, be sure to avoid inside jokes that remind him of shared memories. Shoot for making him laugh without taking a stroll down memory lane.

One trick to try to avoid awkward silences is to ask 'you' questions. Questions that focus on your ex, forces him to talk about himself. You do want to avoid the generic, 'How are you?,' but you can ask things like, 'What have you been doing?,' 'What is new in your life?.' If you happen to know specifics, like a new job, or a new hobby, ask how he likes it. This way, you can get a conversation going. Pro tip: if you want him back, be genuinely interested and actively listen.

Try to remember something he's really into; that one thing that causes him to talk animatedly and ask about it. Whether it's work, his pet or a hobby, if you can find a way to bring it into the conversation and get him talking - bonus for you. It has the added benefit of ensuring that you don't have to talk too much either - thus avoiding any sticky situations.

Two people who once dated usually share at least some of the same friends, so this is a safe topic to bring up with your ex in general conversation. However, you want to steer clear of talking about relationships in general, including the relationships of your mutual acquaintances. A great question might be something like, 'Wait, have you seen so-and-so? The last time I saw him he was...' You can use this and ask about his family as well.

Master the Art of Paraphrasing

It might sound odd at first, but if you sense the conversation is going into boring territory, try paraphrasing and then asking a question. For example, he tells you he has a new job. You can say, 'Oh, that's exciting that you have a new job? Is it similar to what you were doing before?.' Or better yet, ask him if he likes it. 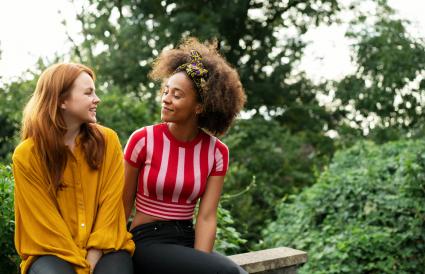 What Not to Bring Up

Just as some topics shouldn't come up in polite conversation, some subjects are taboo when you're talking to your ex. You don't want to bring up a topic that is going to provoke old feelings of disdain or aggravation. The goal is to avoid things that are too emotional or serious, especially during those first few encounters. A few things not to talk about include:

If you haven't spoken to your ex in a while, you may wonder when an appropriate time is to begin contact again. If you've left on good terms, you can opt to begin contact more quickly than if you ended the relationship on more difficult terms. Think about:

Speaking After a Few Months

If you've gone a few months with sporadic to no contact, enter into the relationship again slowly and keep in mind that your ex may not be open to chatting. The best way to re-connect on a friendly level is to be upfront with your ex regarding what you want relationship-wise and asking how they feel about it. If they agree to begin chatting more regularly, start off slowly by connecting on topics that you know your ex enjoys speaking about and catch up on your day-day lives.

If you've gone a period of time with zero contact, you'll want to re-initiate the relationship very slowly. Keep the topics of conversation light and spend some time checking in on what's been going on in each other's lives. If all goes well, you can begin to connect again on deeper and more serious topics. Continue to evaluate whether re-connecting is the healthiest choice for you and be open with what type of relationship you'd like to have moving forward with your ex.

One of the best demonstrations of how the phone is misused in dating is a scene in the movie The Swingers. In a desperate attempt to get his girlfriend back, one of the lead characters leaves message after message. What starts as comedy quickly turns to tragedy as you beg the character to have some self-respect and stop calling. Even if you don't leave tons of messages, you can still abuse the phone.

One simple rule to remember when you want to call your ex and strike up a conversation is not to call unless you have a good reason to do so. Therefore, the best way to initiate a phone conversation with your ex is to find a logical reason to call. A few examples of reasons to call would include: 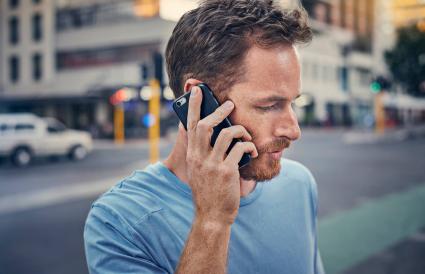 Talking on the phone with an ex can feel a little awkward and at some point, the discussion may run dry. Remain positive throughout the call; think of it like a job interview. You don't want to go into great detail about emotional things yet. If you attempt to manipulate his feelings by crying or sounding depressed, your tactics will only turn him off. If you get on the phone with your ex and the conversation starts to go dead or get awkward, try to steer the conversation toward general, less-serious things:

The nice thing about the phone is that if it's really awkward you can tell him you have to go, but set up another time to talk.

For some, it takes a lot less nerve to grab your phone and send off a text message than it does to call your ex and have to hear his voice. Texting makes it much easier to communicate without tripping all over your tongue and fumbling with what you mean to say when you try to speak out loud. Also, a simple text is a good way to get the conversation started. A text can also feel less threatening to your ex.

Texting is easy enough, but it's important to remember four basic things: 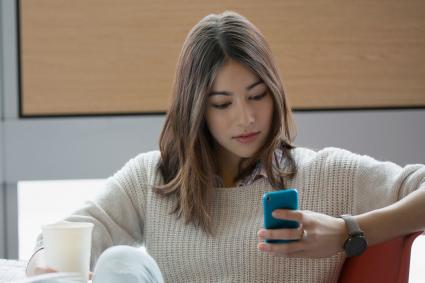 Communicating With Your Ex Online

The internet provides some pretty easy and straightforward ways to connect with your ex. You could always drop him a line or two via email, reach out to him on social media, or even tag him in a post on a social media feed. This easy-access communication can make it easy to do or say something without giving it a lot of thought, however. So there are rules you should follow.

Treat online communication the same as the conversations you would have on the phone. Only email him when you have something substantial to discuss. Also, don't send him another message until he responds to your first email. Allow him the opportunity to pursue you again.

Hopefully, the phone calls, texts and emails will result in an eventual face-to-face conversation. How should this touchy situation be handled? The fact is, a first-time face-to-face meeting with an ex can have you feeling like a bundle of nerves like it's the first time the two of you have ever been together. Treat this meeting almost like you would a first date and keep these tips in mind:

Much like a first date with a stranger, keep the conversation lighthearted and casual, steering clear of things that may bring up hard feelings. Keep your emotions in check and avoid being all googly-eyed and touchy-feely no matter how close the two of you once were. The first few face-to-face encounters need to be low-key and easy, not serious and emotional.

When you do get a chance to talk to your ex-boyfriend, be your normal, charming self. Don't try too hard to get him back; you may seem desperate, and desperation isn't an appealing personality trait to anyone. If you want to recollect on the history the two of you share, be sure to only bring up the good memories, and not why you broke up, or what you think he did wrong when you were together. Treat him as you would a friend. Whether you want to keep him at friend status, or go back to being something more, you'll be more likely to succeed.

1
Comments
© 2006-2020 LoveToKnow, Corp., except where otherwise noted. All Rights Reserved.
Resources, Advice & Tips for Covid-19
Read More
How to Talk to Your Ex-Boyfriend