Figuring out the signs that someone is attracted to you can be a nail biter. Does eye contact mean attraction? What about that cute laugh that girl is making when you talk to her? There are several subtle clues that someone likes you like eye contact, flirting and body language. Learn all the subtle clues to figure out what that gaze means.

One of the classic signs of attraction is eye contact. There may be hints of attraction if you catch someone gazing at you. This is also a great way to let someone else know you're interested and available; just don't go overboard and stare too long.

Scientific American discusses a study on eye contact and expressing attraction. Not only does eye contact signal their attraction to you, but it serves to make you feel attracted to them as well. Have you ever heard the phrase, "Interested is interesting?" In this case, "Attracted is attractive" because people tend to like the people who find them interesting. The attraction deepens once the eye contact is returned and held. According to Scientific American, dilated pupils are another sign of attraction. Dilated pupils can make a woman even more attractive to a man (she comes across as softer and more feminine), though a man's dilated pupils don't always have the same attraction-heightening effect on a woman.

The look on a person's face is also a good giveaway. You can often see the spark in eye contact or a smile. However, if a person is too shy, eye contact might be avoided, but once that person does catch your eye, you might notice it's an invitation to come over and talk. Other indicators include:

Sometimes, the best way to know if someone is interested in you is to send a flirting signal and see what happens. Try being a little friendlier and see if the person reciprocates your energy. When there is an attraction, both people will feed off that attraction and want more. Just make sure you're not projecting your attraction on to another person. Give an obvious hint and then step back to see if it gets reciprocated.

Flirting doesn't always take the form of blushing and giggling. There are many different ways to flirt. Giving a person just a little more attention than everyone else around you can be a subtle way to express your interest. If you notice the other person acts as if you are the only person in the room (despite other people present), there's an excellent chance you're being flirted with.

It can be difficult to send flirting signals when you are otherwise shy, but remember that confidence can be incredibly attractive. As the saying goes, "fake it until you make it" and convey confidence even when you don't actually feel confident.

If a person is making a lot of eye contact and leaning in or turning their body toward you, it might signal attraction, according to Psychology Today. Their body language might also show nervousness, such as excess fidgeting or mimicking your movements. You can usually get a feeling based on body language alone whether someone might or might not be interested. Some clues include: 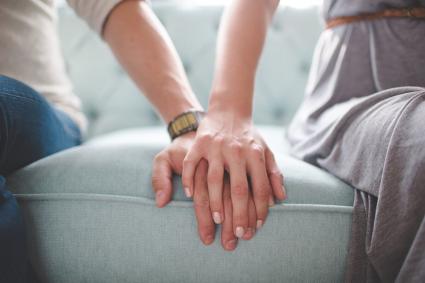 When girls feel attraction, they'll often giggle during a conversation whereas guys tend to smile more and appear approachable and open. The University of Kansas explained a study from The Journal of Nonverbal Behavior:

Conversation as an Attention-Grabber

Sometimes, when someone likes you, that person will either be really nice or obnoxious. They are trying to get your attention. The person will also want to see you more often and spend time together. Obviously, asking you to hang out or starting a conversation with you might be a hint he's into you. Here are some other things to watch for:

Don't Over Think It

Unfortunately, it's impossible to know whether or not someone is attracted to you. People might also feel attracted to you, but choose not to act upon it. The best thing to do is enjoy yourself and trust the right person will notice and ask you out. Flirt a little with the people you're interested in and see what happens.

1
Comments
© 2006-2021 LoveToKnow, Corp., except where otherwise noted. All Rights Reserved.
5 Major Clues Someone Is Attracted to You