The rules for dating constantly evolve. What worked for your parents may not work for you, and what works for you may not work for future generations. Setting ground rules for your own dating life will keep your emotions in check and may even increase your chances of finding a suitable partner.

If following rules while playing the dating game seems stifling to you, instead consider the rules to be a protective measure. "Dating can be very emotional," says Sherrie Schneider, co-author of The Rules series of dating advice books. "Women can operate with their heart instead of their head." Following dating rules help you set and maintain your own standards and make sure you don't allow your emotions to overrule your common sense.

1. Give Men a Challenge

Gender roles aren't what they used to be, but that doesn't mean that men don't still love the thrill of the hunt. According to Schneider, it's particularly important to allow men the ability to pursue you in this modern age of technology. "If I can reach you on Facebook, can text you or tweet you - there's no mystery. There's no courtship. It's just instant hook-ups and contact and everything's last minute," says Schneider. "Men love a challenge. They like risk whereas women like security. Don't contact a guy first. Don't friend him on Facebook, don't text him first and don't initiate anything. Once a guy knows you're interested by initiating conversation, it kind of throws the whole chase off."

Schneider cautions women to not be so accessible. "Women are texting guys in the middle of the night, back and forth for hours, and they're not getting dates. They're just becoming friends or friends with benefits."

Technology may also be changing the way people interact with one another in person, allowing manners and graciousness to fall by the wayside. Popular online dating website eHarmony urges daters to remember to be charming when meeting in person, as this has an incredibly positive impact on face-to-face interactions.

Match.com agrees. Not fidgeting with your phone during a date, giving full attention to the other person, and being nice to your server will leave a lasting impression on your date and will help make you both feel more at ease. This rule spans both genders; both men and women don't like to feel ignored or feel as though they are on a date with a jerk. 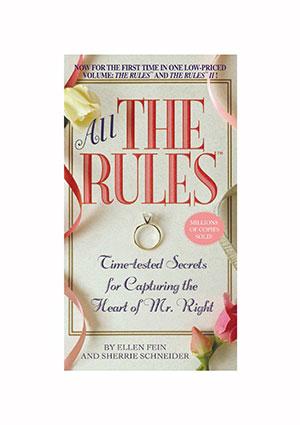 Use common sense when dating and think twice before allowing yourself a romantic encounter on a whim. Schneider suggests waiting for sexual encounters for as long as possible, and only after you're in a committed relationship. "The stakes are higher now," cautions Schneider. "It's not just pregnancy; technology has gotten to the point to where nothing is private. You might wind up being recorded and having your sexual behavior put on YouTube."

Schneider discourages sex without a commitment. "Don't make booty calls, and don't do one night stands," she says. Psychology Today says the intimacy myths that women are more concerned about romance and men more concerned about the attractiveness of their partner aren't necessarily true.

4. Read Between the Lines When Dating Online

Some men make a habit of contacting several women through online dating profiles, but never ask for an actual date. Instead, they simply keep communicating instead of trying to meet in person. "Guys that don't ask you out are either in other relationships or they just aren't available for whatever reason," says Schneider. "If he hasn't asked you out in four emails, he's in a fantasy relationship."

If online conversations never seem to evolve into a plan to meet each other in person, it may be best to move on. Says Schneider, "The way to weed them out is this: are they asking you out? Are their emails generic? Some guys send form emails." If your conversations seem as though the relationship isn't going anywhere, it's probably time to end the communication. Note that this trend isn't specific to men as there are women who display this behavior as well.

5. Don't Reveal too Much too Soon

It's a fine line between being secretive and revealing too much while dating. It's best to lean toward brevity when it comes to talking about why your last relationship ended. "If you're divorced, don't talk about your divorce," advises Schneider. "Don't go into details. Nobody wants to hear sob stories."

AskMen.com agrees with this advice and warns men that reveal too much about an ex may result in jealousy issues down the road. Speaking badly about your ex might also make you appear bitter, which is not the best trait to present when dating. Women should also be selective about what they reveal when first getting to know someone.

How long should you wait to start dating when a relationship ends? According to Schneider, you should start dating immediately. "You can't move fast enough," says Schneider. "Many women are encouraged to grieve, and take time off to think about how they feel, but the clock is ticking. The best way to get over a guy is to meet another guy." Men should also get back into the swing of things as soon as they feel ready.

On the other hand, some dating experts caution that moving too soon after a breakup will inevitably result in a rebound relationship. Examine your feelings and decide when you are ready to start dating again, but don't wait too long. 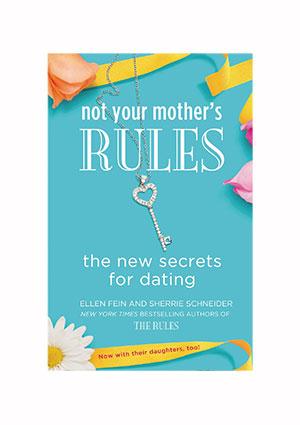 Not Your Mother's Rules book

Try not to overlook the friends within your social circle as potential dates. Cosmopolitan says that friends are actually good candidates for a romantic relationship because there is a good chance they have already seen all sides of you. This minimizes the potential for feeling awkward while trying to get to know someone new.

Relationship website YourTango agrees. You already know and respect each other; as long as there is an attraction present, there is no reason why your guy or female friend may not someday be your love interest.

The key to dating while also being a parent is to not expose your kids to an entourage of suitors. "In terms of protecting the children, your child should not meet every guy you're dating," says Schneider. "You should be very protective. You should only introduce them to guys with whom you are serious." She also cautions against posting photos of your children online if you use dating websites or social media to meet men.

It can be easy in the beginning stages of a relationship to want to spend all your free time with your new love interest, but displaying too much eagerness can scare a guy off. "Guys get scared by intensity. Women are wired to be friendly and chatty, and you start showing up at his house unannounced or calling him for no reason, he'll start feeling scared. It's too much," says Schneider. Women may also get uncomfortable when a man appears too eager.

Life Coach Demetria Lucas adds that if a person seem uncommunicative, particularly when the other person has been extra-communicative, this may be a good indicator that they're been scared off.

Sometimes a date might just feel "off" despite everything appearing to be perfect or a person may simply give you a strange vibe even though they seem outwardly "perfect." Listen to your intuition, says eHarmony. Trust your instincts in both face-to-face dating and online dating.

The New York Post says it's time to toss out the rules that traditionally defined how women and men date. Rules regarding which person should do the pursuing and who initiates the first kiss are outdated and unrealistic with today's culture. The only old-fashioned gender rule that still holds true, says the Post, is that men should still pay for the first date. That's simply because men still make more money than women on average, so men picking up the tab on the first date is more practical. Otherwise, it's up to men and women to decide what their own rules will be.

What Are the Age Rules for Dating?

The American Academy of Pediatrics says dating typically begins around the age of around 13 for both boys and girls. One the other end of the spectrum, seniors date at all ages far into their golden years. While there is no hard and fast rule about the ideal age difference for couples, a study from Emory University suggests couples with a year or less age gap are more likely to be successful as a couple. There is a "half your age plus seven" rule that dictates the youngest person you should date, but it's important to note that this rule is not based on any empirical data.

It's likely you have other rules that you want to follow while dating based on your own cultural, spiritual, or moral beliefs. Set your rules and stick with them; this way, you can trust that your emotions won't take over and compel you to make rash decisions that may not be in your best interest.