Studies consistently show that men and women are not very different in their wants and needs. Perhaps there are differences, but science has not found a way to measure them. Experts who speak on the subject acknowledge that differences do persist and work to bridge the gap between men and women, helping women understand what men want and need in relationships. While a man's needs are highly individual, there are some general guidelines to knowing what a man needs in a relationship.

According to Dr. Juli Slattery, sex is on the top of the list when considering what men need in a relationship. Not only do men need sex, but they need good sex, not sex that is done out of obligation or guilt. Dr. Slattery explains that sex is an inextricable part of a man in terms of his physical, emotional, and spiritual wellness:

Many times, women and men differ in sexual drives because of the demands of daily life. Women become focused on raising a family and balancing a career, and often times, sex can take a back seat to life's other obligations. Dr. Slattery suggests that problems in the relationship arise when women don't acknowledge this aspect of a relationship as a need as opposed to a desire.

Dr. Slattery suggests that if you are a woman who feels like her husband's drive for sex is perverted or dirty, you need to examine why you view sex with such disdain, rather than as a natural and necessary part of a relationship between a man and a woman.

It is often thought that men don't need cuddling or other physical signs of affection. However, a recent study showed that men need affection just as much as women do. Researchers were surprised to find that men were more satisfied in relationships where partners were affectionate. The difference between men and women, the study found, was that women tended to feel more sexually satisfied when affection is a regular part of the relationship.

Any person who pursues a healthy relationship needs their personal space from time to time. Men are no different. Sometimes, they need a little time to themselves. This concept, while seen as a difference between the sexes, can apply to women as well. For instance, do you want your husband to insist on accompanying you on your girl's night out? Establishing healthy personal boundaries is a key component of any healthy relationship.

Men Need to Satisfy Their Woman

Men who feel this need are most often individuals that are mentally and emotionally looking towards establishing and maintaining a long term relationship, and engage in healthy behaviors to encourage the success of the relationship.

Men Need to Be Understood

Again, this goes for women too. However, women need to understand that men's expectations, based on their emotional needs, differ from women's expectations in relationships. A man likes to know that you can trust him and lean on him, that you appreciate him, you hold him in high regard, you support and approve of what he does, and that you are on his side.

Being respected, for a man, means that you have faith in what he's capable of, says relationship expert Laura Doyle. Respect is an integral part of a man's self-worth and involves you telling and showing him that you think he's smart and competent. Keep in mind that being considerate is not the same thing as being respectful in a man's eyes. 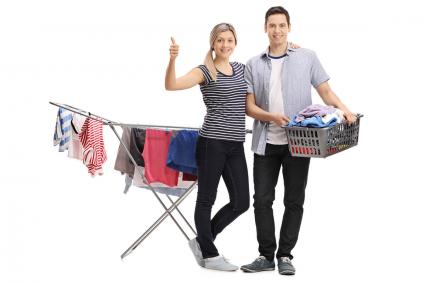 Although many men portray the epitome of strength, they are often secretly worried they aren't cutting it in all aspects of life. Affirmation and specific praise from a lover gives guys a sense of security and confidence in their relationship as well as outside of it. Hearing a simple "thank you" on a regular basis for small acts can go a long way in making a man feel good about himself and your relationship.

Because of societal constraints, men don't often have many comfortable, safe places they can express emotions. You are your man's safe place and he needs to know that when he's ready to open up fully, you'll be understanding and open. He needs to know he can cut his emotions loose around you without fear of judgement or ridicule.

In the book, His Needs, Her Needs, author Willard Harley suggests that when marriages fail, it is because couples don't feel like they did when they first met. The path to achieving this, Harley states, is to meet each other's emotional needs.

However, men's emotional needs are different from women's. As Harley states, often these needs are opposite, which lead to miscommunications and an under-appreciation of the spouse's efforts. He also warns that each of these needs cannot be applied to every single man, but should be taken as a general guideline. At times, women can share the same needs as men, but they might differ on the priority list as to placement.

There are five emotional needs of men that lead them to feel they are satisfied in a marriage:

Guidelines, Rather Than Rules

While men and women's perception of their relationship needs can vary, it is important to keep in mind that these are general guidelines rather than hard, steadfast rules to apply. These might not apply to every man or couple, as Harley stated. The idea is to take these guidelines and use them as tools for self-discovery, as well as learning what your man's needs are, and how they are the same or differ from yours.

2
Comments
© 2006-2020 LoveToKnow, Corp., except where otherwise noted. All Rights Reserved.
Resouces, Advice & Tips for Covid-19
Read More
What Do Men Need in a Relationship?