Everybody loves a bit of romance, but some romantic gestures can take things a bit too far. The question is, when do they get totally excessive?

Get set for the ultimate in over-the-top romantic moments featuring... a boom box! Picture the scene: one day you're minding your own business without a care in the world as a distant beat in the background starts getting louder and louder until - wait! It's right outside your bedroom/office window. Curiosity gets the better of you and you just HAVE to take a peek. Uh oh. Blaring "your song" full blast on stereo and sounding like a thousand cats being simultaneously killed as he sings along, is the guy who is trying to win your heart. Surely this can't be the way to show true love, can it? 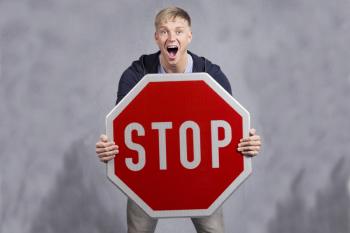 Yes we know, what could be more romantic than your guy stopping traffic to tell you how much he loves you and can't live without you? That is until you have a road full of traffic entirely hating your existence and honking like the end of the world is nigh. Warning: over-the-top romance and road rage do not mix well! 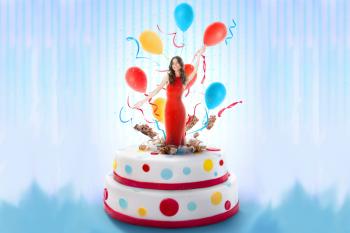 When the chips are down, busting out of a cake on your anniversary has to be up there with one of the most ludicrous romantic gestures out there. It might feel like a novel idea, but just imagine squatting for that long inside a cake (oh the pain... and sweat!), the look on everyone else's face when you finally burst out, and all that icing that would go to waste! Way better to just be the one eating the cake. But then, who wants to eat a cake that just gave birth to a person? 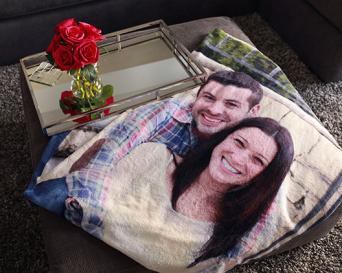 It's been a long hard day and you're super looking forward to collapsing in bed but then... wait! What the heck is that on your bed? It's a mammoth print of you and your loved one, who just so happened to think it would be a good idea to go to bed every night looking at a life-sized version of yourselves. The worst part? They stare back. And yes, people really do sell these. 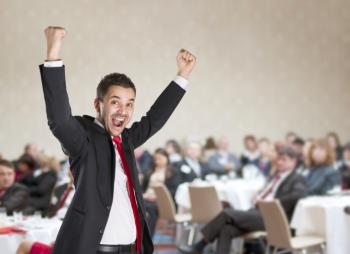 Speech bombing may seem like a good idea in the movies, but your man deciding to to usurp the airwaves with talk of his feelings leaves you wondering whether you might just slink all the way down from your seat onto the floor like a slippery piece of cheese. His hijacking a grand speech at your office party is just what the romance doctor ordered. Hey, is that security coming for him?! 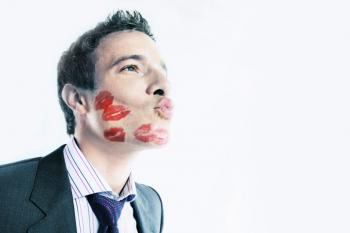 Here's a thing - a professional kissogram is one thing, but the love of your life getting dressed in a disguise and heading to your workplace in order to deliver a kissogram to Prince's "I just want your extra time and your.... kiss!" is actually NOT. Nope, whatever the perpetrator of this overblown romantic gesture has in their head, it's guaranteed to end up nothing short of mortifying for all parties involved. 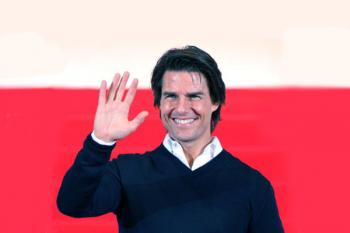 Get set for the ultimate expression of love... your loved one channeling their love through a celebrity impersonator. Yep, that's a thing. Imagine your excitement when a (fake) Tom Cruise calls you at work to profess their love to you. You promptly pass out at the excitement only to come round and discover that it wasn't really Tom Cruise at all, and now you feel like a total donut. 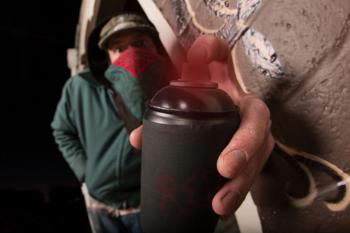 What could be more ridiculously over-the-top than seeing you and your love's names emblazoned all over your home city or neighbourhood thanks to a custom made stencil and a little graffiti? Last time we checked, doing time for criminal vandalism and damage isn't all that romantic now...is it? But you can't help laugh at the idea of them sneaking around at night in a ski mask, carrying out this outrageous gesture on the down-lo. 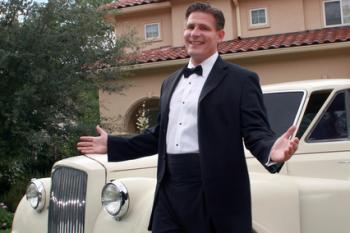 The ultimate overblown retro romantic gesture can only mean one thing. While only a true dork would show up outside your place in a tux with a limo, you can't help but fall to pieces laughing over the fact that somehow he has managed to stuff all of your BFFS into the limo, along with his fine self. 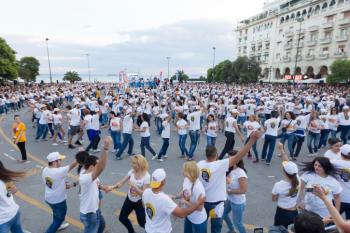 One day you're just walking along, minding your own business, when POW! All around you people you know (and people you don't) start sprouting up around you in a Glee-themed flash mob (your secretly favourite show EVER!), all dedicated to your humble self. Serious points for effort and planning, but this has to be as over-the-top as your can get. Now the question is, do you join in and expose your total inability to dance, or stand back and just enjoy the moment?

Who said romance is dead? But seriously, we don't need somebody to go this far just to let us know that they love us... do we?